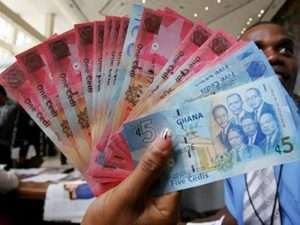 Former Member of Parliament for OkaiKwei North, Fuseini Issah has said the New Patriotic Party (NPP) has done well in managing the performance of the local currency, the cedi, against the major trading currencies especially the dollar.

He said on the New Day show on TV3 Friday February 18 that the worst performance of the cedi under the NPP administration is the best under the previous National Democratic Congress (NDC) regime.

The cedi currently trading at $6.5.

Contributing to a discussion on the show, Mr Issah Fuseni who also served on the Finance Committee of Parliament said “the worst performance of the currency under the NPP is worst under the NDC.”

“When in a year when the cedi depreciated by 18 per cent under the NDC , that was bad leadership,” he stressed.

Reacting to his comments, a member of the NDC, Abraham Amaliba said the facts indicate that the NDC did well in managing the cedi than what is being witnessed at the moment.

“Ghana is currently second worst when it comes the strength of the local currency in Africa,” he said

He added “NDC left it at 4 cedis to a dollar and now, we are at 6.5 cedis and you say you are better than us?”

See also  Efforts Being Made To Arrest Recent Cedi Depreciation – Nana Addo Assures
Disclaimer: MyGhanaMedia is not responsible for this report and its content.There are four types of content published on MyGhanaMedia daily: curated content; syndicated content; user-generated content; and original content.

I'm Adwenpa-Hene |Blogger & Broadcaster Journalist. I am the CEO and manager of this noble website. I publish on Entertainment, Sports, Politics, Lifestyle, and Technology. You can also follow Us on : YouTube Channel - My Ghana Media TV, Facebook - MyghanaMedia TV , Twitter - @MyGhanamedia2 & Instagram - My Ghana Media TV. Email Address: [email protected] Contact Us: 0200818719
@@MyGhanamedia2
Previous UTAG Strike: ‘We Await Final Decision By NEC, No Class On Monday’ – UPSA Lecturers
Next Ministry of Roads and Highways: We Will Remodel Tollbooths As Police Posts, Emergency Centres 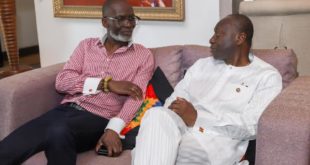 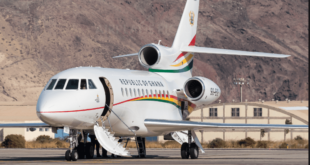 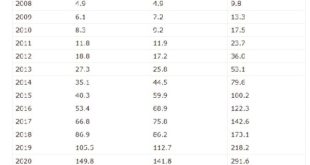 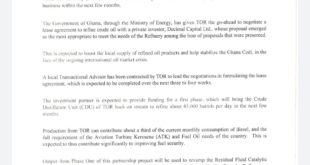