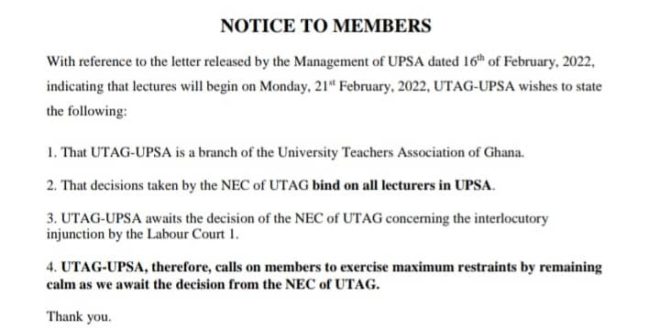 Lecturers at the University of Professional Studies, Accra (UPSA) say their strike is still in force, despite a notice from the School’s management announcing the commencement of classes on Monday, February 21.

According to UPSA-UTAG, they are members of the national body; hence, decisions taken by the National Executive Council (NEC) of UTAG binds on lecturers in UPSA as well.

This follows an earlier letter from UPSA Management which had indicated that lecturers in the School were to resume active teaching on Monday.

That directive came in the wake of an injunction placed on UTAG’s strike by the Labor Division of the Accra High Court.

With the injunction, UTAG is required to suspend the strike action and return to the negotiation table.

The order from the Court follows an appeal by the National Labour Commission (NLC) for an interlocutory injunction to suspend the strike by UTAG while negotiations continue.

UTAG is, therefore, expected to halt the strike until the Court determines the substantive application by the NLC.

The Court presided over by Justice Frank Aboadwe Rockson noted that ongoing negotiations between the parties may not yield any result if the industrial action continues hence the injunction.

However, the NEC of UTAG says until it has consulted its legal team on the way forward, the strike will continue unabated.

Consequently, UPSA-UTAG has indicated its resolve to wait for the decision of the NEC of UTAG on the interlocutory injunction.

“UTAG-UPSA, therefore, calls on members to exercise maximum restraints by remaining calm as we await the decision of the NEC of UTAG,” it concluded. 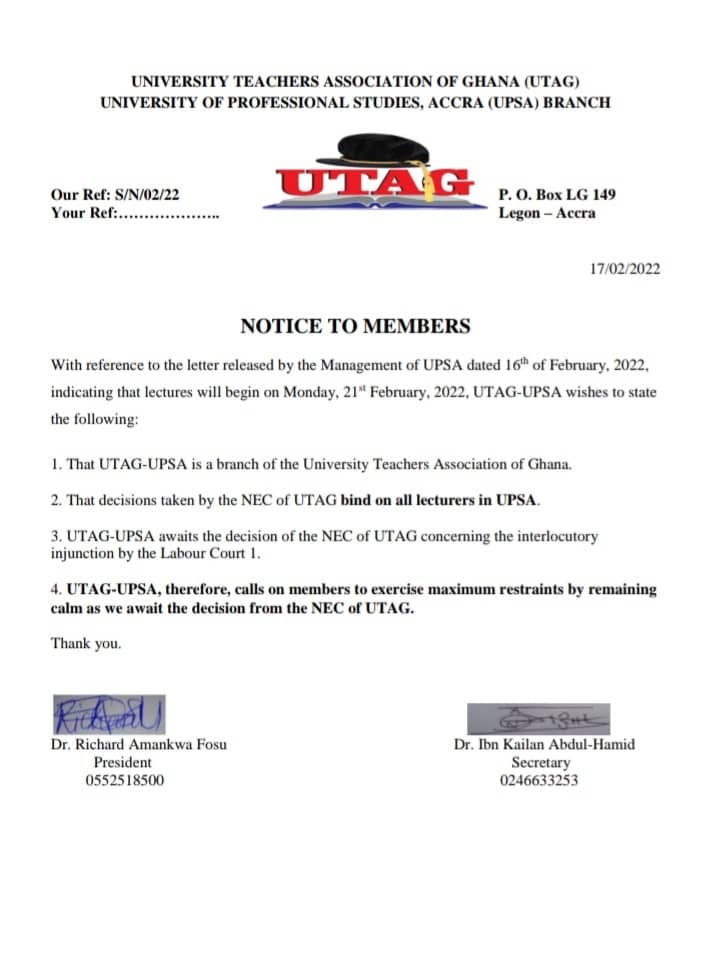