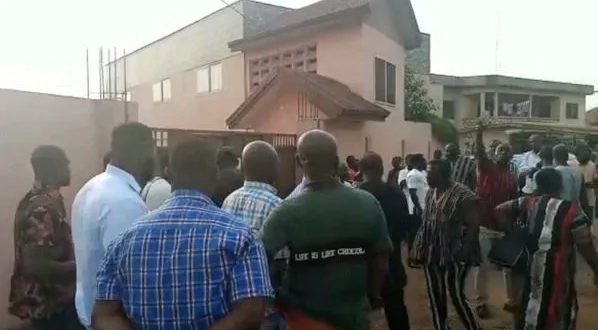 There is escalating tension in the Akim Oda Constituency of the ruling New Patriotic Party (NPP) of the Eastern Region, over the electoral area coordinators election.

Scores of agitated polling station executives and some members of the party on Monday, March 28, 2022, at about 7:00am stormed the house of the member of Parliament for the area, Alexander Akwasi Acquah an attempt to put him under house arrest according to Peace FM / Ahenkan FM’s reporter, Kwabena Ofori

The aggrieved polling station executives are demanding an explanation on why the electoral area coordinators’ election has not been organized almost a month after the stipulated period.

The disgruntled polling station executives threatened to hold the MP hostage until he addresses their grievance.

However, the MP reportedly had had a hint of the invasion hence escaped at dawn to Accra before the arrival of the angry polling station executives.

The polling station executives and electoral area coordinators’ election of the NPP in the Eastern region was fraught with violence, confusion, and court injunctions due to widespread allegations of hoarding of nomination forms and manipulation of the electoral processes by mostly the members of Parliament.