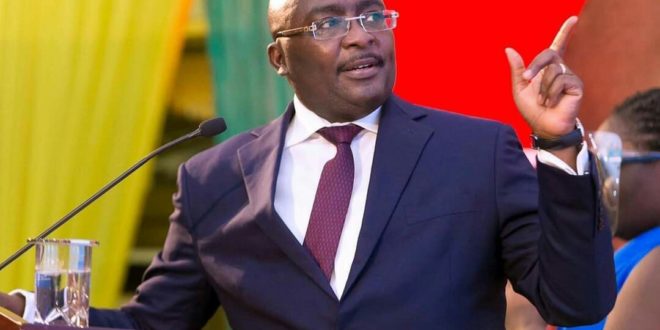 Audio: I Have Not Abandoned The Economy – Dr. Bawumia Responds To Critics

The Vice President of Ghana,  Dr. Mahamudu Bawumia has responded to critics who have, in recent times, asked about his whereabouts at a time when the country’s economy appears to be taking a nosedive.

Dr Bawumia has, for some time now, focused on the administration’s digitisation agenda in a bid to prevent wastage, improve efficiency, and eliminate corruption within the public sector, with little talk about Ghana’s economic outlook.

Some, including his political opponents, have accused him of running away from the economy during the difficult time to conveniently jump into the space of digitalisation and ICT.

But addressing participants of an Agric students’ boot camp at the Jubilee House on Monday, Dr. Bawumia responded to the critics describing the intervention he is leading in the digitalisation drive as a big deal.

Meanwhile, Dr. Bawumia is billed to deliver what is expected to be a comprehensive statement about the country’s economy next month; a speech expected to highlight the true state of the economy and the intervention the administration intends to deploy to salvage an economy that other economists have predicted to be going down a sleepy slope.

Listen to the audio below for more details