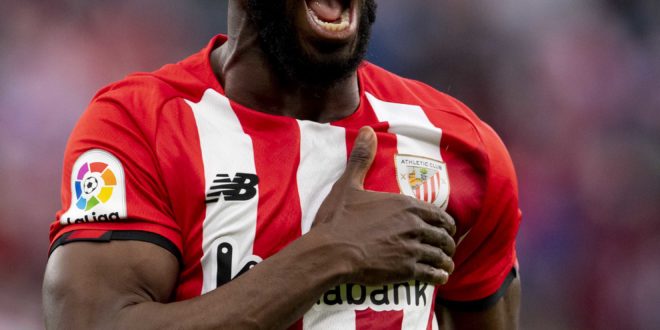 Williams was born in Spain to Ghanaian parents who were granted asylum in the European country about 27 years ago.

In 2016, he opted for Spain over Ghana, but has played only one match – a friendly match against Bosnia Herzegovina – meaning Ghana still stand a chance of landing the hardworking forward.

Ghana who are making its fourth appearance at the global showpiece, has been drawn in Group H alongside Portugal Uruguay and South Korea in the 2022 FIFA World Cup which will be held in Qatar in November.

See also  GNFS Sacks 11 Of Its Personnel For Recruitment Fraud, Others

Inaki Williams in a recent interview confirmed that the Ghana Football Association had been in talks with him to switch nationality to represent Ghana.
Born to Ghanaian parents in Spain, the duo been a long-term target for the West Africans who have been keen to lure him away from Spain.
The country’s football governing body, since former President Kwesi Nyantakyi ‘s era, has made several attempts to get especially Inaki Williams to play for the Black Stars.
The leadership of the Ghana Football Association together with the Black Stars technical team have already begun preparations for the World and they have targeted some European born Ghanaians to strengthen the Black Stars team for the biggest football tournament in the world.

Inaki Williams is one of the top-trusted strikers in Spanish La Liga, having netted 74 goals and provided 44 assists in his 331 caps for Athletic Bilbao in all competitions.
He is eligible to represent Ghana at the senior level despite playing 30 minutes for Spain in an international friendly against Bosnia Herzegovina in 2016.

His younger brother, Nico Williams who is a winger has also registered three goals with an assist in his 34 game outings for Athletic Bilbao since his promotion to the senior side in 2021.