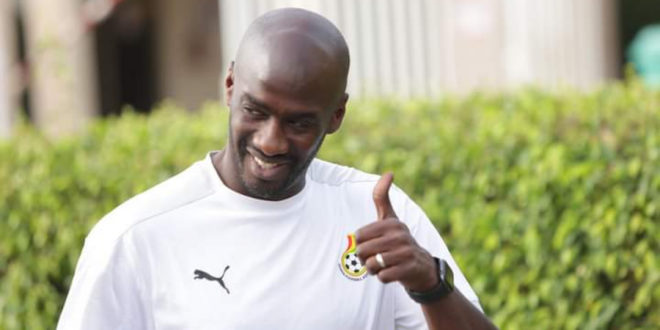 The Black Stars of Ghana’s stop-gap coach, Otto Addo has shrugged off reports in the media that his contract with the Bundesliga giants will be expiring in the summer.

Reports in the local media claimed he has a few months left on his contract at the Signal Iduna Park outfit.

Otto Addo became Ghanaians’ favorite gaffer after guiding the Black Stars to qualify for the 2022 FIFA World Cup after eliminating Nigeria in the final play-off round.

“You know I am somebody, I always try to relive… I have a contract with Borussia Dortmund and I think people also have to respect that,” Otto Addo told Empire FM in an exclusive interview.

“So let’s respect my contract here with Borussia Dortmund and when it finishes in three years’ time, I will think about something like that [taking up new roles like Black Stars coach],” he revealed

His contract with Borussia Dortmund will expire in 2025.