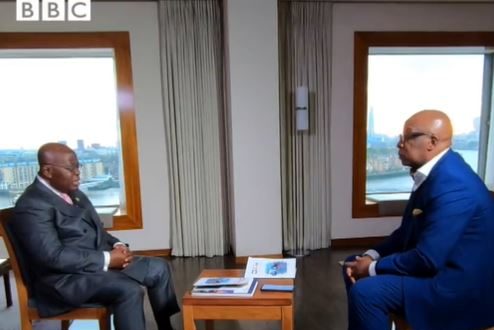 Speaking on the Super Morning Show, on Tuesday, the Lecturer at the University of Ghana noted that the interview was a great opportunity to highlight various initiatives by the government aimed at raising revenue for the country and other economic recovery programmes. However, the President was evasive in most of the responses he gave.

“I felt the President was less buoyant, less coherent and less fluent. There were some specifics that he actually evaded. For example, when the question was put to him about the difficulties of the hospitality industry, which I felt was a comfort zone, because that’s a local issue. He could have actually pointed out the government’s initiatives for example the Obaatanpa Economic Recovery Programme but of course, he went into generality, which I felt wasn’t good for him,” he said.

President Akufo-Addo justified the Electronic Transaction Levy (e-levy) Bill which was passed on March 29, in spite great opposition from the public and the Minority in Parliament who walked out of the House during the consideration stage of the Bill in protest.

In an interview with BBC’s Peter Okwoche, on the sidelines of the launch of ‘Destination Ghana’, President emphasised that it had become necessary to tax the mobile money industry.

He refuted a claim by Mr. Okwoche that the e-levy will further impoverish the poor in the country.

When the host proceeded to ask if the President has been speaking to experts like IEAs John Kwakye who stated that there are several loopholes in the tax systems that needed to be plugged in order to raise the tax to GDP ratio to about 20% from the 12.%, the President responded, “…our country is one of the lowest tax to GDP ratios of any country in West Africa.

Dr. Kobby Mensah opined that the President could have seized the opportunity to explain the policy better instead of attacking the critics of the policy.

“I felt that it was an opportunity to highlight the idea that Ghana is actually modernized in terms of its economy. The President was right in pointing out that almost every economy is moving on to the digital economy. However, it was necessary for us to add it to our pool of revenue because obviously, economies are changing. He should have seized the opportunity to explain other programmes other than e-levy that the government is actually using to build up our revenue sources.

“For example, the Ghana Card and the linking of the TIN Number and the various digitalisation programmes that government has put across in order to enhance revenue collection, but I think that he actually missed that opportunity and then descended on the expert who is actually saying plugging in some of the loopholes could actually be better than e-levy. I think if he had been a little bit patient, maybe he could have actually brought in some of the other initiatives that the government is doing to expand its revenue collection sources.

Dr. Kobby Mensah was also of the view that the President was more comfortable with the global issues and evaded a lot of the local issues. He said the President’s answers to all questions concerning local issues lacked specificity.