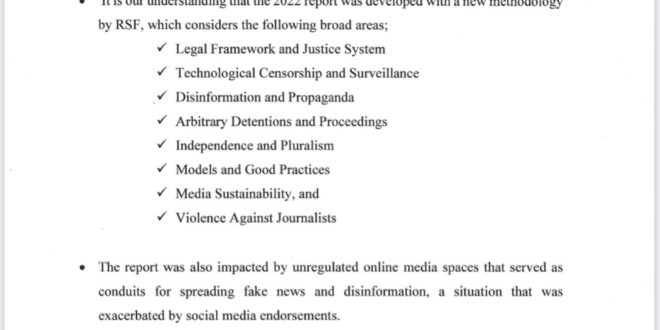 Government has attributed Ghana’s poor ranking in the Reporters Without Borders 2022 World Press Freedom Index to a change in the methodology.

Ghana has been ranked 60th in the world from an initial 30th position, the country’s lowest in nearly two decades.

Ghana has also recorded its worst ranking on the African continent this year, moving from 3rd to 10th in Africa.

The Information Ministry in a statement issued on Wednesday, May 4, 2022, said it welcomes the RSF report as a baseline reference document against which press freedom in the country may be gauged in the coming years.

The government’s statement however focused heavily on the methodology used by RSF in the ranking, noting that the change in methodology significantly accounted for the drop.

It cited the drop in ranking for a number of countries including the Netherlands which dropped from 5th in 2021 to 28th in 2022 in the global ranking.

“Due to this development, four (4) of the countries (Netherlands, Jamaica, Switzerland, and New Zealand) that ranked top ten (10) in 2021 significantly dropped in ranking, slumping out of the top ten (10) in the year under review.”

“It is worthy of note that Ghana’s dip in ranking was largely influenced by two of the new parameters, namely, the Economic Context and Safety of Journalists where the country scored 47.22% and 62.25% respectively.”

Regarding the safety of journalists, government noted that an activity that may feed into the assessment of press freedom includes actions by non-state actors.

“It is also striking that the new report took into consideration the effect of opinion media, propaganda, disinformation, and fake news and their adverse impact on press freedom ranking for affected countries. This is a result of growing political and social tensions leading to information distortions and the publication of false news, particularly across social media platforms,” it added.

Government further indicated that it is set to roll out strategic plans to improve Ghana’s image on the international press freedom index.

In pursuance of its desire to continuously promote press freedom and the safety of journalists, government intends to do the under-listed:

1. Work in collaboration with the National Media Commission to deepen the execution of the Coordinated Mechanisms for the safety of journalists.

2. Collaborate with stakeholders including Civil Society Organizations in deepening education for state and non-state actors on the safety of journalists

4. Collaborate with stakeholders in the fight against disinformation and the spread of news.

The 2022 index put together by campaign group, Reporters Without Borders (RFS), saw Ghana ranking 60 after placing 30 in 2022.

The latest report is out of 180 countries assessed with Ghana recording a decline in its indicative points from 78.67 percent to 67.43 compared to last year.

It said although the country is considered a regional leader in democratic stability, journalists have experienced growing pressures in recent years.

According to Reporters Without Borders, the safety of Ghanaian journalists has deteriorated sharply in recent years.

For example, the campaigners said in 2020, reporters covering the effectiveness of anti-COVID-19 measures were attacked by security forces.

That is not the only grounds. Ghanaian political leaders are said to be making death threats against investigative journalists.

Therefore, when the press freedom situation changes dramatically in a country between the end of the year assessed and publication, the data is updated to take account of the most recent events possible.

This may be related to a new war, a coup d’état, an unprecedented or very unusual major attack on journalists, or the sudden introduction of an extreme repressive policy.

For the 2022 Index, this exceptional procedure was used with Russia, Ukraine and Mali.

Each country or territory’s score is evaluated using five contextual indicators that reflect the press freedom situation in all of its complexity: political context, legal framework, economic context, sociocultural context and safety.

The Index’s rankings are based on a score ranging from 0 to 100 that is assigned to each country or territory, with 100 being the best possible score (the highest possible level of press freedom) and 0 the worst.

According to the report, although Ghana is considered a regional leader in democratic stability, journalists have experienced growing pressures in recent years.

It said the safety of Ghanaian journalists has deteriorated sharply in recent years. 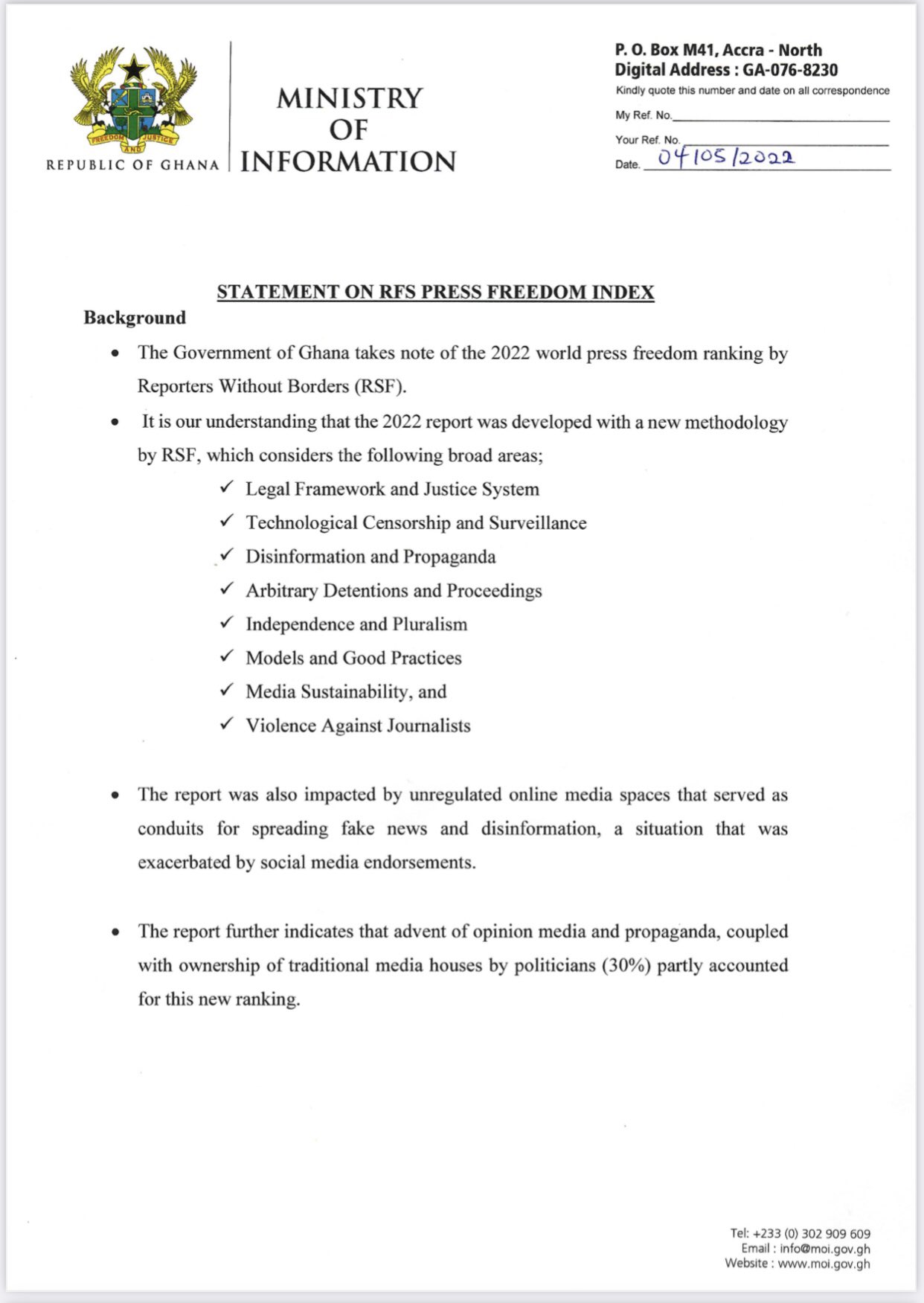 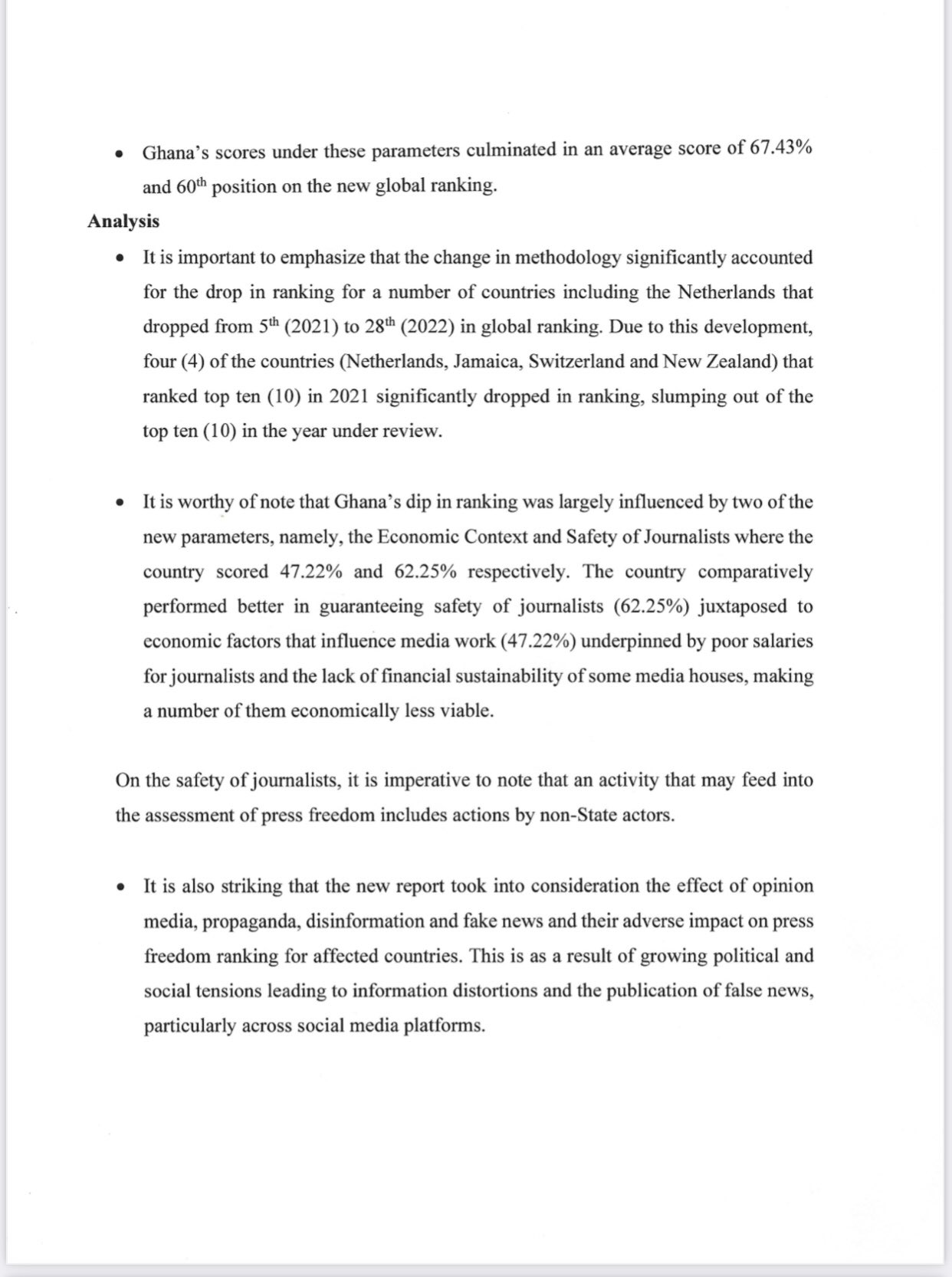 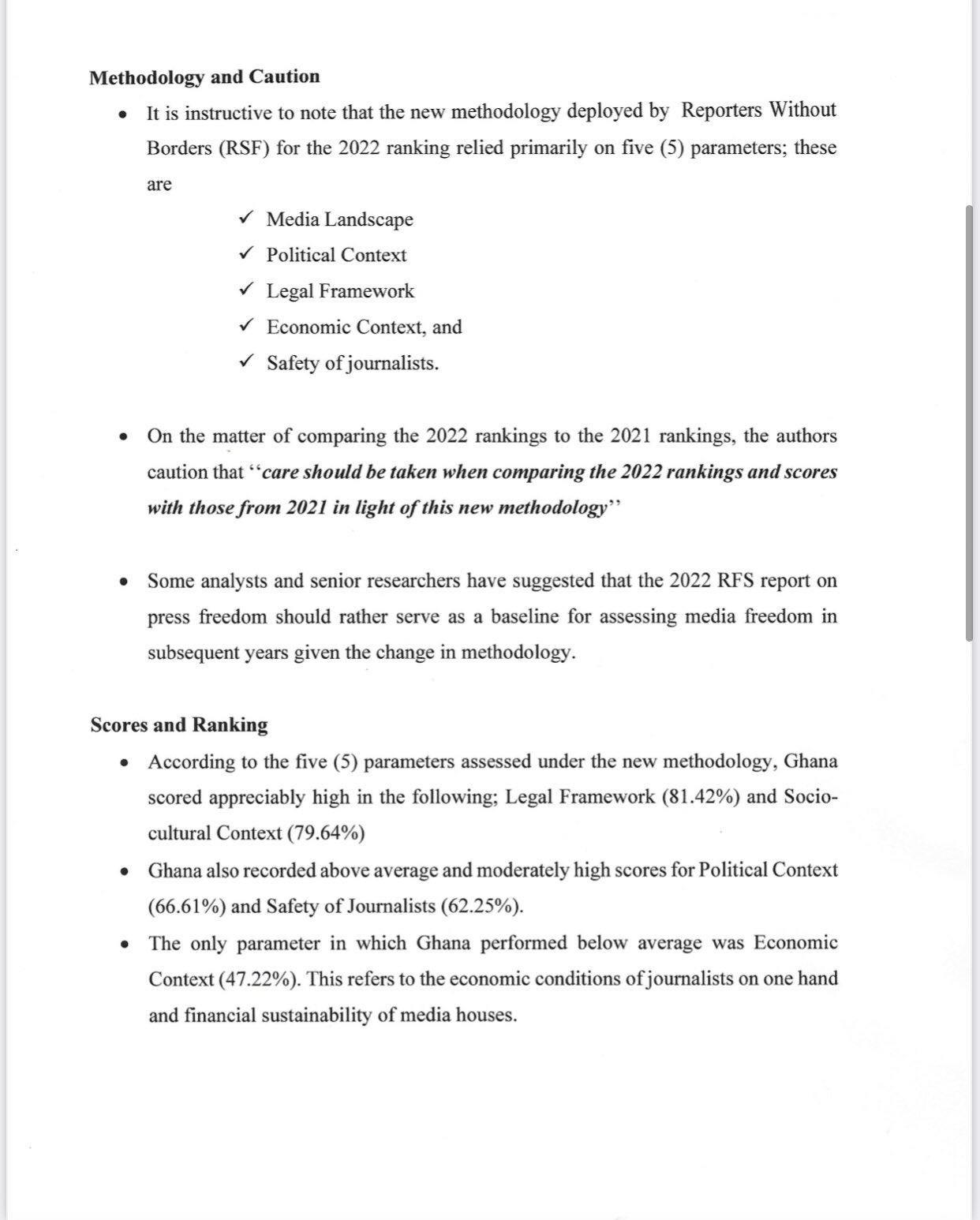 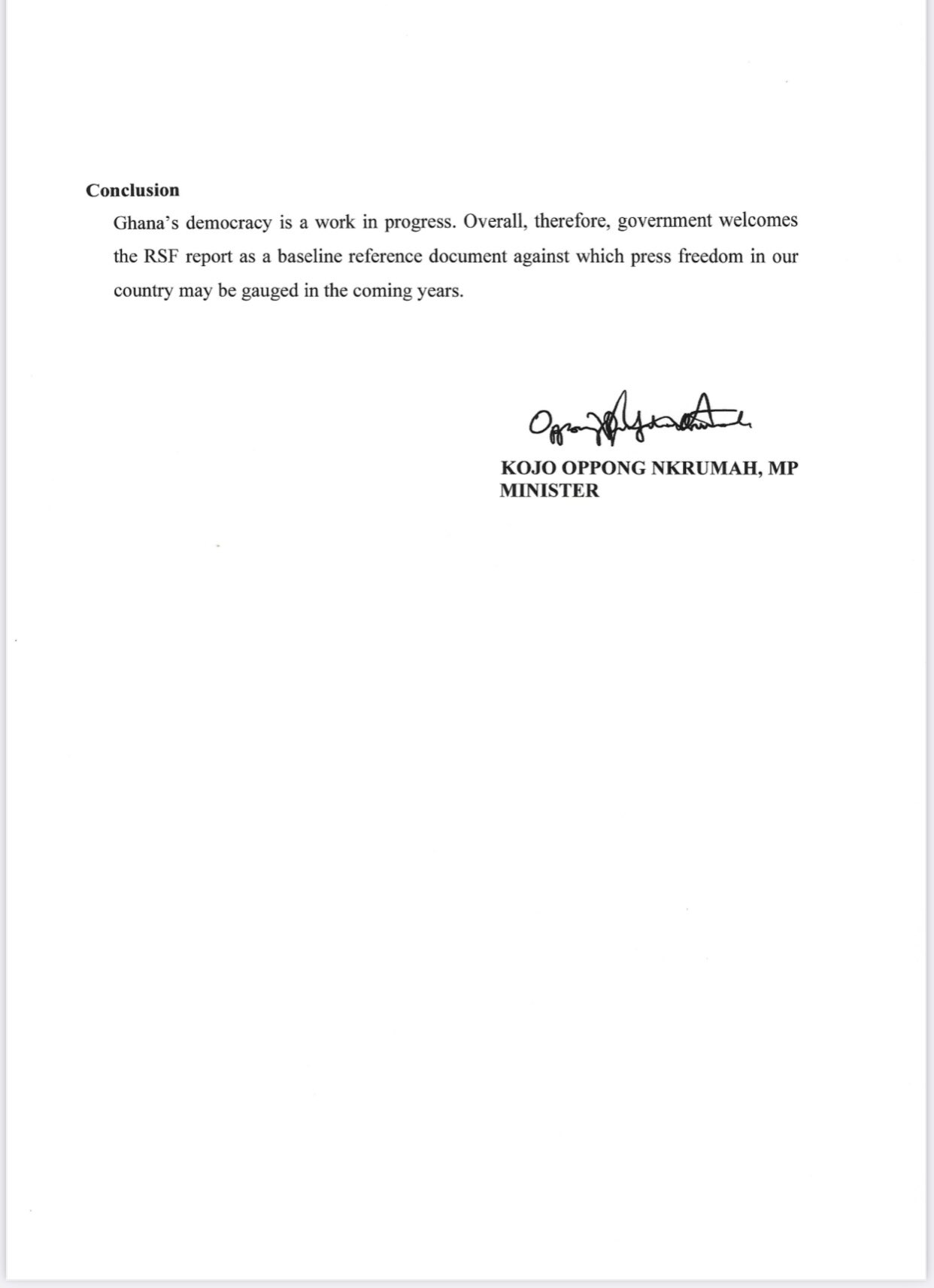