Breaking News
Home / GENERAL NEWS / Video: I Was Paid To Step Down For Wontumi In The 2018 NPP Primaries – Asare Bediako Reveals 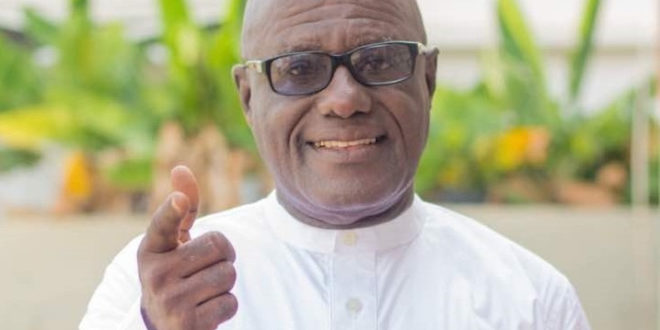 Video: I Was Paid To Step Down For Wontumi In The 2018 NPP Primaries – Asare Bediako Reveals

Chairman Robert Asare Bediako, the Former Chairman of the Asokwa Constituency and the leading contender in the 2018 NPP Regional Chairmanship elections has made a shocking admission on TV that he was paid to step down ahead of the 2018 regional elections at Ejura. This admission was made in an interview on GCR TV in Kumasi as he sought to relaunch another attempt amidst a lot of skepticism.

His recent revelation comes a big surprise which will again be his Achilles ankle in his recent bid. Will he be able to explain reasonably to constituency officers why he dashed their hopes in 2018? What manner of reward was too great for him to dash the hope of constituency officers and his own ambition? What guarantees that he will not do same this time around? Is he in for another business? Can he be trusted at all? These are some of the hard questions that he may have to deal with.

His inclusion has sparked speculations among some constituency officers. His bid came very late. Some speculate that he is a replacement for Hon. Aduomi on the Alan card. Considering the recent interview Hon. Aduomi had on Oyerepa TV and the backlash from some leading party members like H.E. Ayisi Boateng, there is the fear that Hon. Aduomi may be disqualified. As a reaction to that fear, Hon. Asare Bediako is the substitution. Others have it that he is in for another business like he admitted in the interview. Just that interview isn’t enough to warrant a disqualification. So what actually is the motivation of Chairman Asare Bediako? Probably, business as usual. The only implication of his presence in the race is the division of votes which may give the incumbent (who is obviously not popular in the region) an urge.

There is therefore every suspension that his second bid was re-engineered by the incumbent to distract his closest contender, Chairman Odeneho Kwaku Appiah.

The Regional elections is slated for 27th to 29th of May and it’s fiercely contested by the incumbent and 4 others namely, Chairman Odeneho Kwaku Appiah, Hon. Aduomi, Adum Bawuah and Chairman Asare Bediako.