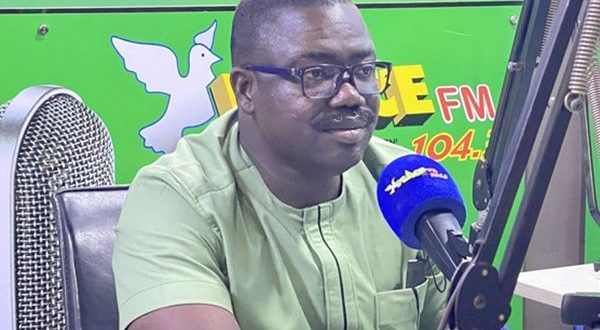 Governance Lecturer at the Central University, Dr. Benjamin Otchere-Ankrah has led a campaign against the Central Regional Chairman of the ruling New Patriotic Party (NPP), Robert Kutin Jnr, who is seeking re-election in the party’s regional elections.

The New Patriotic Party (NPP) will from Friday, May 27 to Sunday, May 29, 2022, hold its Regional elections across all the 16 Regions of the country to elect Regional executives.

According to him, his leadership style won’t help the party in the Region.

The Governance Lecturer at the Central University charged the party delegates to reject Mr. Kutin’s candidacy.

Meanwhile, some members of the New Patriotic Party (NPP) have secured a Cape Coast High Court ruling to prevent the party in the Ekumfi constituency from organising its Central Region delegates conference.

According to court documents dated May 25, applicants Edward Armah, Ransford Bosomtwe, Albert Ackon, Razak Nurudeen, and Mohammed Iddrisu insisted that the NPP Central Regional Chairman of Robert Kingsford Kutin Jnr and other electoral committee members were “charged with the responsibility to ensure that an election is organized in the Ekumfi constituency, but they have refused and or failed to do so…”

According to the plaintiffs, “this constitutes an omission or dereliction of duty contrary to laid down principles and the constitution for no justifiable reason.”

The applicants, therefore, want the High Court to restrain the electoral committee and the Electoral Commission, from “going ahead with the Central Regional elections until the Ekumfi Constituency elections are organized and until the constituency is given a voice in the impending regional elections”.

For this reason, the five aggrieved members are seeking a “declaration that the organization of the Central Regional Executive elections of the New Patriotic Party without the participation and involvement of the Ekumfi constituency of the party is unlawful but and not in consonance with the constitution of the party.”