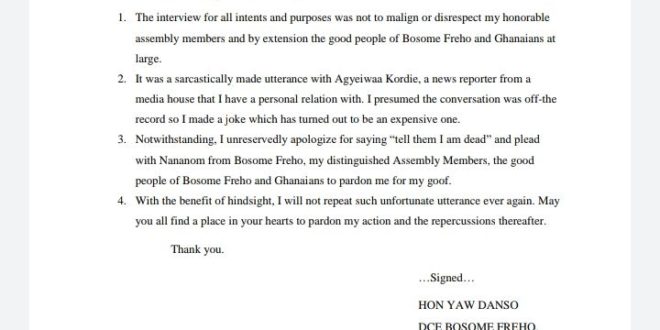 The District Chief Executive (DCE) for Bosome Freho in the Ashanti Region, Yaw Danso, has rendered an unqualified apology to residents in the area.

This comes on the back of an interview with Mr Danso that went viral.

Mr Danso was captured on tape saying he was dead after the interviewee asked about his whereabouts as all attempts by residents to reach him have proven futile.

But in a statement, the DCE said his intention was not to malign or disrespect his assembly members and by extension the good people of Bosome Freho and Ghanaians at large.

“It was a sarcastically made utterance with Agyeiwaa Kordie, a news reporter from a media house that I have a personal relationship with. I presumed the conversation was off-the-record so I made a joke which has turned out to be an expensive one,” a portion of the statement read.

He has also apologised to traditional rulers in the district, stating the unfortunate incident will not repeat itself.

The DCE’s apology comes at a time 22 Assembly Members at Bosome Freho District have kicked against a presidential intervention to get them to rescind a decision to pass a vote of no confidence.

The Assembly Members have accused the DCE of causing divisions within them and withholding resources meant for their work.

They, therefore, want him to be impeached. 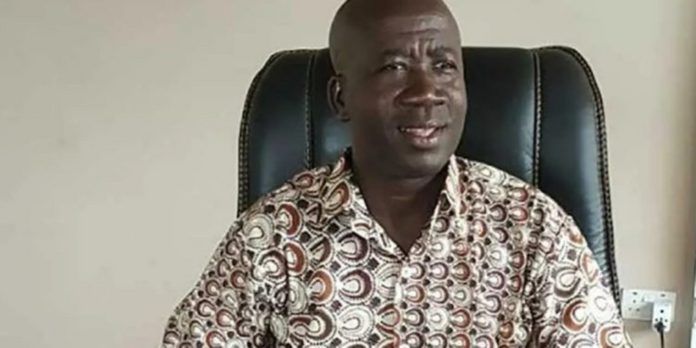 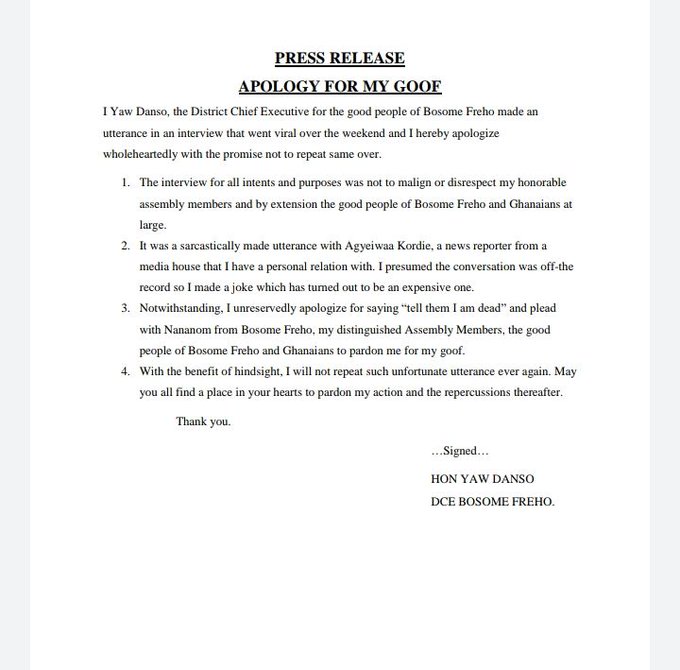 I'm Adwenpa-Hene |Blogger & Broadcaster Journalist. I am the CEO and manager of this noble website. I publish on Entertainment, Sports, Politics, Lifestyle, and Technology. You can also follow Us on : YouTube Channel - My Ghana Media TV, Facebook - MyghanaMedia TV , Twitter - @MyGhanamedia2 & Instagram - My Ghana Media TV. Email Address: [email protected] Contact Us: 0200818719
@@MyGhanamedia2
Previous NPP’s Borrowing Is Better Than When NDC Was In Power – Majority Leader
Next Police To File Witness Statement In Case Against Shatta Wale, Others