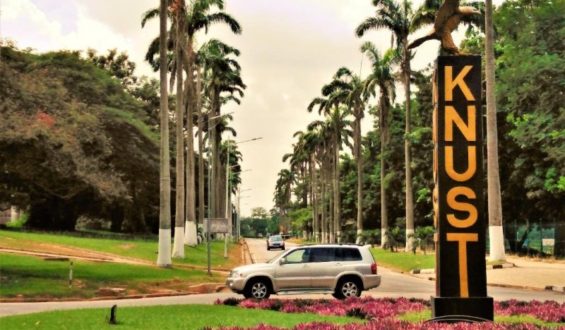 Students of the Kwame Nkrumah University of Science and Technology (KNUST) have reacted to the sanctions imposed by the University authorities.

They are especially not happy with the abolishment of the Junior Common Room system.

Earlier, the University’s Council announced various sanctions to avert the recurrence of the clash between students resident in the University and Continental halls.

The riot, which was said to have resulted from attempts by students of Unity Hall to restrain colleagues from University Hall from using their frontage in a procession, took place on August 18, 2022.

A number of cars parked in front of Conti were damaged by the feuding students. The clash left three vehicles damaged.

Three persons are currently in police custody, while 61 others are being sought after.

A statement dated August 26, signed by the Registrar/Secretary to Council of KNUST, Mr. A.K. Boateng said, the sanctions were the outcome of an emergency meeting of the Council held on Friday, 26th August, 2022.

But JoyNews’ Erastus Asare Donkor reports that the students disagree with the authorities.

JoyNews/AdomNews · KNUST students react to sanctions imposed by Management
In an interview, the students said the sanction from Management is harsh, adding that it s not the solution to the problem.

“They are rather taking advantage of this issue to finally remove students from the negotiation table so, in the long run, it will be like an autocratic system. They will just come out with their decisions and impose on the students and I don’t think it is the fault of the JCR bodies so why are they removing them,” a student said.

Another student also noted that the banning of students from participating in the organisation of what is termed as ‘morale’ and/or ‘procession’ was in place. He, however, does not agree with the abolishment of the Junior Common Room system.

A student also said, “it is really fair because the other halls don’t do morale and those processions so banning hall activities won’t be fair .. we need the programmes to release stress.”

“The JCR system can’t control the student like when it comes to morales and the others,” he said.

I'm Adwenpa-Hene |Blogger & Broadcaster Journalist. I am the CEO and manager of this noble website. I publish on Entertainment, Sports, Politics, Lifestyle, and Technology. You can also follow Us on : YouTube Channel - My Ghana Media TV, Facebook - MyghanaMedia TV , Twitter - @MyGhanamedia2 & Instagram - My Ghana Media TV. Email Address: [email protected] Contact Us: 0200818719
@@MyGhanamedia2
Previous KNUST SRC President Sacked Over Chop Chop
Next Akufo-Addo To Ghanaians : ‘You Are Lucky To Have Me As President’