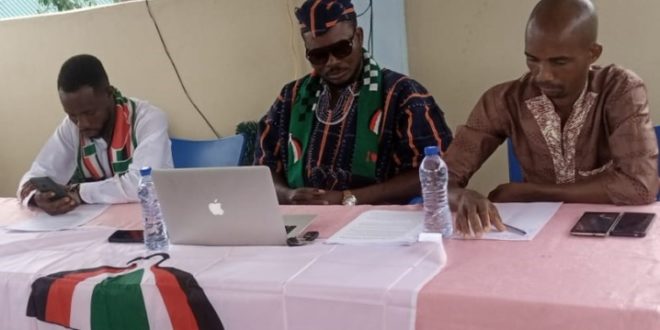 There is a growing tension in the Afram Plains North constituency as some aggrieved National Democratic Congress (NDC) members have accused the MP of conniving with party executives to fill the party’s register with only their favourites.

Ahead of the party’s branch elections, they say the MP – Betty Krosbi Mensah – and the executives have failed to offer a level playing field for members with the ambition to contest for positions.

“The Constituency Chairman, the Secretary and some other executives are engaged in acts that are not only pernicious or pervasive but will lead to what no political party will wish in the long run.

“While some branches have been denied access to their registration books for the two-week window registration, others who were fortunate to access their books have had names of their members cleaned using correction fluid.

“Even more alarming are cases where various pages of some branches were strategically torn away,” Sampson Ayitey, the Bampo NDC branch chairman and the convener of the group stated.

They lashed out at party executives at the national and regional levels for compromising their neutrality in the party’s limited registration exercise for new members.

“Those executives at national and regional fronts are sacrificing party procedures and have technically refused to be present in the constituency for the two-week limited registration exercise.

“Despite all other 32 constituencies within the Eastern Region having had a smooth registration plan towards the branch elections, only Afram Plains North was treated as if the party was under martial law,” Sampson Ayitey added.

He told the media, “After having successfully blocked the regional and national teams from monitoring the registration of new members in a bid of the branch elections, the Member of Parliament, Betty Krosby Mensah and her Constituency Secretary along with others have moved across all the branches to collate their own delegate register, an exercise that is illegal, unlawful in the absence of a new election of branch executives.”

A former constituency organiser, Shaibu Adamu, complained about poor leadership and the sharp division within the party all in a bid to satisfy the MP’s interest.

They called on former president Mahama, who they believe will be the eventual leader of the party, to take a personal interest in the issue while finding a solution to their concerns.