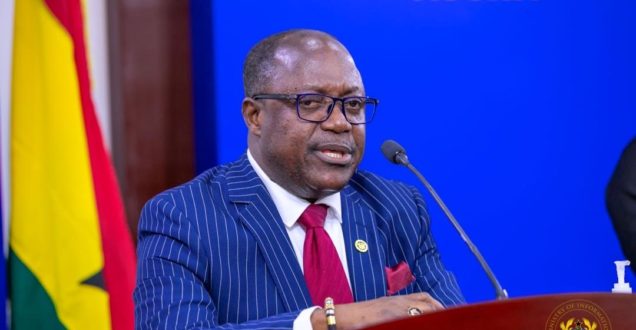 Executive Secretary of the National Identification Authority (NIA), Prof. Ken Attafuah has expressed worry over corrupt acts by some personnel of the Authority.

According to him, some NIA staff have been arrested and prosecuted for extorting monies from Ghanaians at various registration centres.

Updating the media on the Ghana Card registration exercise on Friday, September 16, 2022, Prof. Ken Attafuah noted that he is saddened by reports of corrupt acts within the NIA.

“It breaks my heart to hear of the corruption, the extortion of monies by NIA staff and there is credence to that. Some of them have been arrested and prosecuted, some people have been jailed and some have been interdicted and all kinds of processes are going on that I say I will share with you,” he stated.

He admitted that although such corrupt acts have been ongoing among personnel, the number of such incidences is minimal.

In 2020, four NIA staff were dismissed for engaging in registration malpractices.

A statement issued by Head of Cooperate Affairs at the time, Francis Palmdeti said, “the conduct of its aforesaid registration officials is in breach of the relevant provisions of the Public Service Code of Conduct.”

The Authority in 2019 also dismissed 11 staff for various infractions during registration and suspended five of them for less serious offences.

I'm Adwenpa-Hene |Blogger & Broadcaster Journalist. I am the CEO and manager of this noble website. I publish on Entertainment, Sports, Politics, Lifestyle, and Technology. You can also follow Us on : YouTube Channel - My Ghana Media TV, Facebook - MyghanaMedia TV , Twitter - @MyGhanamedia2 & Instagram - My Ghana Media TV. Email Address: [email protected] Contact Us: 0200818719
@@MyGhanamedia2
Previous Tension Brews In Afram Plains North NDC Over Membership Registration
Next Medical Officers Who Have Intentions Of Accepting Posting Or Transfer To Here Must Be Careful – Aggrieved Doctors At St. Anne’s Hospital Cautions