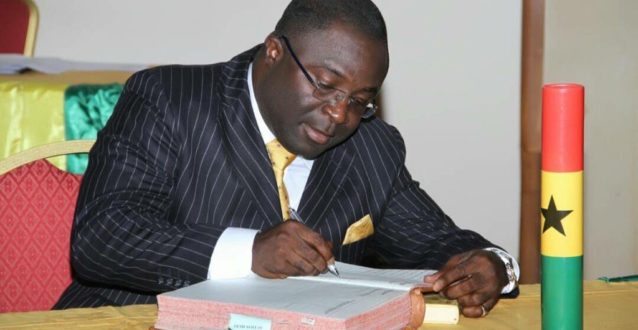 The Member of Parliament for Subin, Eugene Boakye Antwi has cautioned leading members of the New Patriotic Party (NPP) to desist from open endorsements of candidates for the NPP’s flagbearership position.

According to the MP, such acts will make it difficult to unite the party ahead of the 2024 elections.

Eugene Boakye Antwi criticised his colleague MPs who are already backing other candidates for the NPPs slot, stressing it could fracture the party’s front.

See also  Presidential Candidates to know their position on ballot by Wednesday.

“To openly endorse or support somebody, we must be careful because if the person does not win, where does that leave you?… My humble plea is that as MP we ought to know better because we are legislators and officers of the party,” he noted.

Meanwhile, the National Executive Committee (NEC) of the party has said it will enforce to the latter, the Code of Conduct for the party’s presidential and parliamentary primaries.

NEC warned that failure by any party executive, member, or prospective aspirant to comply with the directives shall be dealt with in line with the grievance procedures stipulated in the Code of Conduct.

See also  Akufo-Addo: I Admit That Ghanaians Are Going Through Difficult Times But That’s Not My Fault

This was contained in a statement issued by the party after they met and cautioned the Ashanti Regional Chairman of the party, Bernard Antwi Boasiako, popularly known as Chairman Wontumi for openly endorsing one of the party’s presidential hopefuls.

“In obedience to the party’s Constitution and the Code of Conduct, herein, all national, regional, and constituency executives of the party are once again cautioned to refrain from either endorsing or openly campaigning for any presidential or parliamentary aspirant”, portions of the statement said.