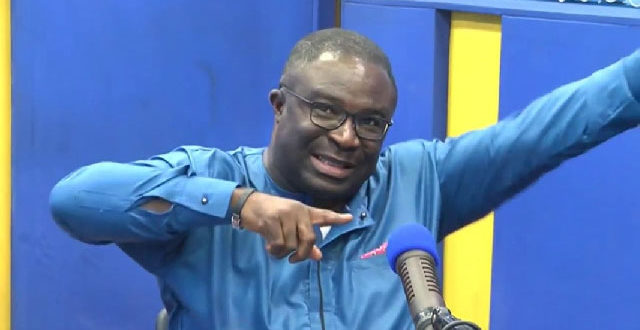 There are fresh calls within the governing New Patriotic Party (NPP) for an early congress to elect the flagbearer of the party ahead of the 2024 election.

The party is yet to announce modalities for the election of the person to lead the NPP into the next election.

Several names of bigwigs in the party like Vice-President, Dr. Mahamudu Bawumia, Trades Minister, Alan Kyeremanten and others have come up as persons who may contest the flagbearership position.

But speaking to JoyNews, Member of Parliament  for the Subin Constituency, Eugene Boakye Antwi noted that electing the flagbearer early affords the party and the individual enough time to prepare for what will be a crucial election in 2024.

“Going by experience, my view is that let us hold the super delegates as early as say next spring, March thereabouts, give them four or five months to campaign around the country. By August when Parliament is on recess like this, we vote for both Parliamentary and Presidential, get it off the way.

“The most important thing is that we must look at the party. Akufo-Addo will not be a candidate in 2024 so whoever the candidate will be at that time is the one we should be aiming at selecting, partnering the President in terms of all these Regional tours the President is doing,” he said.

The Legislator recounted how late the party elected its Flagbearer prior to the 2008 elections which he said affected the outcome of the election results.

For this reason, Eugene Boakye Antwi believes the party must not delay in electing its flagbearer for the 2024 elections.

See also  Elections Are Won On The Ground, Not Supreme Court – Mahama

“I am saying that because of what happened to Akufo-Addo in 2008… Nana Akufo-Addo had only about six months to campaign at that time Mills and Mahama had split up the country into two and going various ways, it did affect us,” he recalled.

According to him, the early election of the Flagbearer has the tenacity to affect the outcome of the elections since it affords the party enough time to campaign.

“You give the flagbearer six months before the end of the year so any housekeeping duties will be dealt with at the time…just before Christmas, they hit the ground running they have one year to campaign and you will see the results,” he noted.