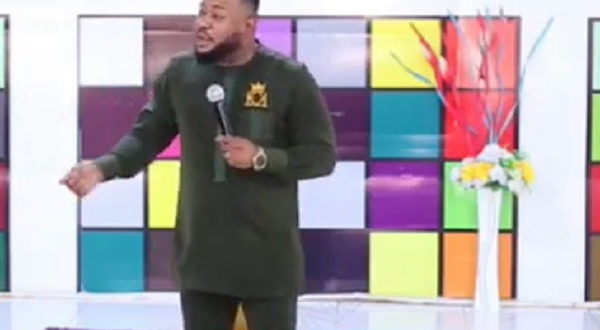 The leader of the Fire Nation Arena Ministries in Lusaka, Zambia, Apostle Elijah Kofi King has made some interesting predictions about the Presidential race of the New Patriotic Party.

In a sermon in his church that has been in circulation on social media, Apostle Elijah King disclosed that there will be instances of backbiting and betrayal from some of the candidates.

According to him, one of the leading candidates who will fall victim to the scheme will break away from the NPP and set up his own party.

This person, he claims will win the general elections and set the country on the path of autocracy and military rule.

“I saw that the man will be set up and betrayed by the party. Out of the betrayal and anger, he will walk away and set up his own political party. He will buy people and Lord says, he will rule like a military government. Whatever he says will become final,” he said.

Though the first two names are yet to officially announce their interest in the race but Kennedy Agyapong has announced his, detailing his plans for the primaries and the national election.

I'm Adwenpa-Hene |Blogger & Broadcaster Journalist. I am the CEO and manager of this noble website. I publish on Entertainment, Sports, Politics, Lifestyle, and Technology. You can also follow Us on : YouTube Channel - My Ghana Media TV, Facebook - MyghanaMedia TV , Twitter - @MyGhanamedia2 & Instagram - My Ghana Media TV. Email Address: [email protected] Contact Us: 0200818719
@@MyGhanamedia2
Previous Check Out The Schools To Face Off At The Semifinals Stage Of NSMQ2022
Next NDC Suspends Elections In Six Regions