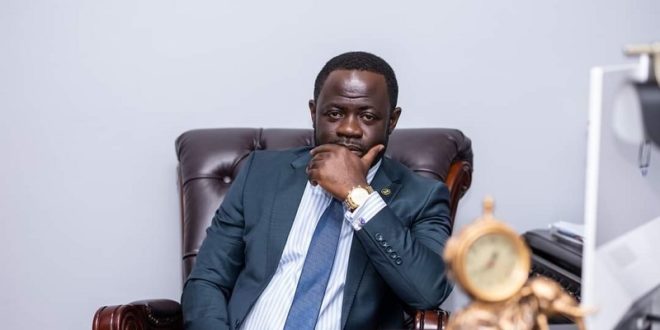 The former New Patriotic Party Constituency Chairman for New Juaben North, Mr Kwadwo Boateng Agyemang has said that the NPP’s Members of Parliament  of the 8th Parliament has been benefiting a lot from President Akufo-Addo because of the hung parliament issue affecting majority caucus.

He noted that, the Majority caucus has been using that as opportunity to blackmail the government but for the sake of the party, have decided not to voice it out.

According to him, the 80 NPP MPs did not think about the party meanwhile they are in parliament in the name of the party.

He noted that, the MP for Asante-Akim North, Hon. Andy Kwame Appiah-Kubi and MP for Subin, Hon. Eugene Boakye Antwi were all part of President Akufo-Addo’s first term in office so if it is not for their personal gains, how can they turn against the same administration.

Mr. Kwadwo Boateng added that, the party executives and members will not allow these MPs to spoil the party because everybody is aware that its covid-19 and Russia-Ukraine war that has messed up the country’s economy and not the Finance Minister.

He is also related that, some of these same NPP MPs have earlier on defended the party on many media platforms that, the economic crisis is as a result of covid-19 and Russia-Ukraine war but are now blaming the Finance Minister.

See also  Special Prosecutor: I Don’t Think We Are Ready To Fight Corruption

He stressed that, those NPP MPs calling for the head of Ken Ofori Atta should continue their political career on an independent ticket to know how the NPP party has been beneficial to them.

He advised them to stop calling for the sacking of Ken Ofori|Atta as finance minister because that shows that they don’t know their responsibility in the party and not loyal to it.

He made this revelation in an interview with on Accra based Neat FM monitored by TodayGhanaMedia.com