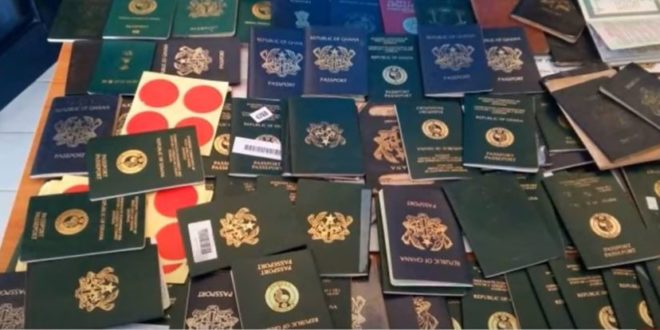 Passport applicants in parts of the country are frustrated in their quest to secure the travelling document.

For months now, most passport applicants have had their application processes protracted, which according to the Ministry of Foreign Affairs, is due to a shortage of booklets.

Despite assurances to resolve the backlog of applications, some applicants in the Ashanti region continue to wait in queues at passport offices in anticipation of receiving their passports.

It has been three months now since Kabenla (not his real name) began the application process to secure a passport from the Passport Office in Kumasi for his wife.

Having undergone all required stages and made due payments to the office, collection of his wife’s passport booklet is now daunting and a nightmare.

He was rescheduled to receive the passport booklet weeks ago, only to be told on the slated date to come back two months later for unknown reasons.

“She is using it for an application outside the country. My brother-in-law has been able to secure a home care job for her overseas. She only needs the passport number to complete the application process.

But the collection of the passport booklet has been delayed. An officer at the passport office told me to return next two months. Meanwhile, he didn’t tell me the exact date. This is really frustrating,” he said.

‘My Greatest Sin Is Campaigning For Akufo-Addo Gov’t; Forgive Me’ – Yaw Berima To Ghanaians [Audio]

Kabenla says the delays could hamper his wife’s opportunity to travel overseas.

“My wife used to be a health worker, but she was never employed by government and this job opportunity is available for her to leave this hot system and seek greener pastures elsewhere. If we should delay, my wife might lose the opportunity and this would affect us badly.

The opportunity is time-bound. Currently, she’s been supporting me but it’s not enough to cater for us. We’ve done the cost analysis and this opportunity will help a lot,” he said.

Kofi Nsiah, also not his real name, confirmed the situation to Luv FM’s Emmanuel Bright Quaicoe who visited the Adum branch of the passport office in the Ashanti region.

Kofi has been chasing the booklet for nearly nine months now.

Unlike Kabenla, whose wife needs the booklet urgently, Kofi wants his for future use.

“I came in June, they said it wasn’t ready. Since that time, I have been visiting regularly and today they told me to come two months later,” he said.

Kabenla alludes to cases of some friends paying unapproved amounts of money to middlemen to expedite the processes to receive their booklets, but he is not ready to do the same.

“I had wanted to come with my friend who is willing to pay an amount to middlemen and see how it is done. Sometimes, you speak with people who started their process just a month ago and they tell you they’ve been able to get their booklet after paying some cash to these middlemen.”

Kabenla and Kofi’s situation mirrors that of many Ghanaians seeking a passport.

Minister of Foreign Affairs and Regional Integration, Shirley Ayorkor Botchwey, in early October assured of resolving the backlog of passport applications stemming mainly from the shortage of booklets.

“The booklets we have in stock are less than the demand. Fortunately, we will receive booklets in the middle and at the end of October.

We are expecting over 300,000 booklets in October to resolve the backlog of applications we have at the office,” she said.

Weeks after the assurance, some passport seekers like Kofi and Kabenla still wait in queues at passport offices in hope of receiving their booklets.

I'm Adwenpa-Hene |Blogger & Broadcaster Journalist. I am the CEO and manager of this noble website. I publish on Entertainment, Sports, Politics, Lifestyle, and Technology. You can also follow Us on : YouTube Channel - My Ghana Media TV, Facebook - MyghanaMedia TV , Twitter - @MyGhanamedia2 & Instagram - My Ghana Media TV. Email Address: [email protected] Contact Us: 0200818719
@@MyGhanamedia2
Previous ‘My Greatest Sin Is Campaigning For Akufo-Addo Gov’t; Forgive Me’ – Yaw Berima To Ghanaians [Audio]
Next NPA Quells Fears Of Fuel Shortage