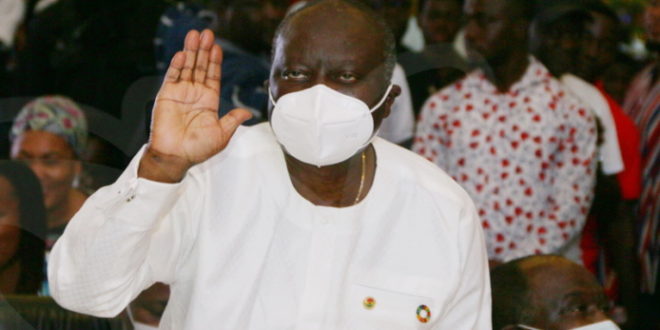 Ken Ofori-Atta To Ghanaians : “I Feel Your Pain; Am Truly Sorry’

The Finance Minister, Ken Ofori-Atta, has apologised to Ghanaians for the hardship being suffered in recent times.

According to him, the brunt borne by the populace due to the ongoing economic turmoil is unfortunate.

He said this when he appeared before the Ad-hoc Committee hearing the motion of censure against him.

“Let me use this opportunity to say to the Ghanaian people what I believe, with courage, every Finance Minister around the world may wish to say to their people now. I am truly sorry,” he told the Committee.

The Minister took the ‘witness box’ on Friday to respond to the grounds which were presented by the Minority as justification for his removal.

Ghana is currently at the doors of the International Monetary Fund (IMF) for a possible $3 billion bailout amid intensifying hardship, skyrocketing fuel prices, a rising cost of living and a depreciating cedi.

Ghanaians are reeling under this condition calling for a pragmatic solution. The Minority MPs insist that Ken Ofori-Atta, in this regard, has lost his grip on the country’s economy and must be axed.

The Minister, however, blamed the difficulties on external factors and not domestic policy decisions.

The Speaker of Parliament, Alban Bagbin on November 10, constituted the Committee, which has seven days to submit its report.