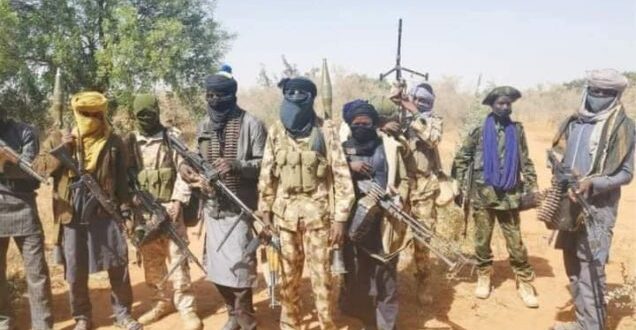 The Minister of Na­tional Security, Albert Kan-Dapaah, has revealed that 346 terrorist attacks were recorded in Africa in the first quarter of 2022, with 49 per cent of them occurring in West Africa alone.

Also, he indicated that between July and September this year, 246 terrorist attacks resulting in 745 fatalities and 239 injuries were recorded in West Africa.

The minister was speaking at the opening of the two-day internation­al conference on the Accra Initia­tive (AI), held in Accra on the theme ‘Accra Initiative: Towards a credible, preventive and coordi­nated response to challenges facing the Coastal and Sahelian States’.

The AI aims at preventing spill­over of terrorism from the Sahel and to address transnational organ­ised crime and violent extremism in member countries’ border areas.

The conference, supported by the European Union (EU), would afford them the opportunity to reflect on measures and strategies deployed towards addressing the threat of terrorism and violent ex­tremism and to come up with inno­vative approaches toward enhancing regional security.

According to Kan-Dapaah, enhanced collaboration was a key to countering terrorism in the region, adding that the heads of states of West African states in 2017 took pragmatic steps to address their common threats, hence the AI.

Describing the AI conference as timely, he said the deteriorating security situation in the Sahel and West Africa required the active collaboration and participation of all stakeholders including the media, CSOs, political leaders and aca­demics among others, both at the national and regional levels.

The threat landscape he said had consistently changed, resulting in the frequent changes in security requirements among the citizenry.

“The geo-strategic dynamics, with direct influence on state survival keep undergoing mutations without warning. The threat posed by COVID-19 has also taught us that consolidating our efforts at the regional level is the best approach to secure our States.”

“This underscores the relevance of dialogue and multi-stakeholder engagement, not only at the nation­al levels but also at regional levels, towards finding lasting solutions to the common security threats of West African States,” he added.

He mentioned that the promi­nence given to the threat of terror­ism and violent extremism in recent times must not be interpreted as the trivialisation of other prevailing security threats such as cross-bor­der crimes.

Executive secretary of the AI, Benedict Dere, on his part stated that it had become necessary to strengthen collaboration and co­operation between security and in­telligent services through exchange of information and operational intelligence.

Throwing more light on the ob­jectives of the AI, he said prevent­ing terrorists and extremists from seeking refuge in a member State, dismantling terrorists networks and preventing the expansion of their cell and combating transnational organised crime were among its top priorities.

To achieve this, the AI he said re­lied on information and intelligence sharing, capacity building and the conducting of joint multinational operations.

Dere mentioned that the AI currently comprised of seven-mem­ber States which are Benin, Togo, Ghana, Burkina Faso, Côte d’Ivoire, Mali and Niger, adding that Nigeria was an observer State waiting to be fully incorporated as a full member of the AI.

See also  LGBTQI: Be Careful! If You Like Marry Animals But Leave Us Out - Joe Biden Cautioned