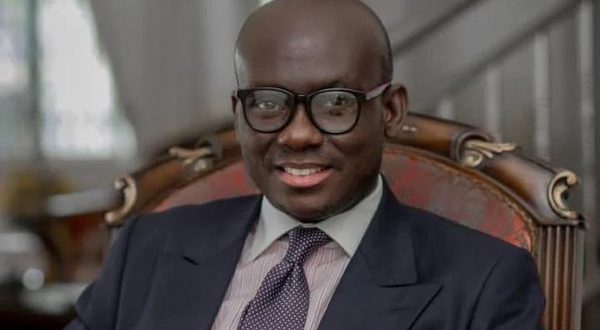 The Oslo Court of Appeal has in a unanimous decision dismissed an appeal filed by Jongsbru AS, the sellers of a property identified by Ghana for use as a chancery building in Oslo, Norway.

The court considered the appeal by Jongsbru against the judgment of the Oslo District Court (High Court) in December, 2021 as unmeritorious, and consequently dismissed it, awarding damages and procedural costs in favour of Ghana.

Composed of three Justices of Appeal (Pal Morten Andreassen, Irene Sogn and Rolf Ytrehus), the appellant court, in a judgment dated November 22, 2022, fully acquitted Ghana of all liabilities, stating: “A purchase agreement to which Ghana was a party could not be said to have been completed between the parties”.

The court awarded the sum of 1.5 million Norwegian Kroner (approximately $150 000) payable by the appellant to Ghana as procedural costs incurred before the Court of Appeal.

It further ordered the appellant to pay Ghana 1 million Norwegian Kroner (approximately, $100 000) as compensation for procedural costs at the High Court.

In 2018, Ghana decided to establish an Embassy in Norway for which Parliament approved a grant of funding, as well as other missions around the world.

A delegation of four Ghanaian officials was appointed to travel to Norway and carry out the necessary practical and administrative preparations for the establishment of the embassy.

Among the preparations to be made was the acquisition of a Chancery Building, either by purchase or by lease.

The Ghanaian delegation identified a number of properties, including Sigyns Gate 3 at Frogner in Oslo, the property the subject matter of the litigation in the District Court of Norway.

For legal assistance, Ghana hired a lawyer, Mikkel Vislie, from the Law Firm of Selmer.

On November 22, 2018, Ghana received an offer from Jongsbru to buy the property for 100 million Norwegian Kronner with a deadline of seven days.

Ghana’s Charge d’Affaires, Regina Appiah-Sam, responded to Jongsrbu’s offer in the terms accepting the offer on behalf of the government but with conditions.

It was a condition for the acceptance of the offer and the final contract that the building was without significant defects and that the renovation work was completed and performed in a satisfactory manner. Ghana later pulled out of the transaction.

Jongsbru sued the government of Ghana in the Oslo District Court claiming sums totalling about 78 million Norwegian Kroner for breach of contract, loss of profits, interest and costs of litigation.

A mediation process to resolve the dispute held in Oslo and presided over by a panel of three judges of the District Court, Oslo, in September 2021, failed to reach a settlement as the Ghanaian team, led by Attorney-General, Godfred Yeboah Dame, did not accept the amount of about 30 million Norwegian Kronner proposed by Jongsbru as acceptable for a settlement of the dispute.

That forced the matter to proceed to trial at which Ghana called four witnesses made up of Ghana’s Ambassador to Norway, Jennifer Lartey, the Charge d’Affaires at the time of the transaction, Regina Appiah-Sam, the Deputy Head of Mission in Norway, Charles Marfo, and the Director of Legal Directorate at the Ministry of Finance, Mangowa Ghanney.

The Oslo District Court on December 16, 2021, in its judgement found that the binding competence lay with Ghana’s Minister for Foreign Affairs, in accordance with section 20 of the State Property and Contracts Act of 1960.

Under Ghana law, the Procurement Board must agree on the purchase of the property and the application of funds must also be approved of by the Minister of Finance, before the Minister of Foreign Affairs must either personally execute the agreement for the purchase of the property or authorise another competent person by a power of attorney to execute the agreement.

The court found that neither the Charge d’Affaires of Ghana at the time, Appiah-Sam, nor Ghana’s lawyer, Mikkel Vislie, had authority to enter into the agreement on behalf of the country.

The court said there was thus no valid or binding agreement between the sellers of the property and Ghana.

Jongsbru proceeded to the Oslo Court of Appeal, and the court heard the appeal over four days (October 25-28, 2022) taking evidence from the witnesses of all the parties in the matter afresh.

Mr Dame led a team from Ghana for the hearing.

The Court of Appeal observed that a prerequisite for the appellant’s claim was that the company had incurred economic loss as a result of Ghana’s decision not to finalise the sale.

“ The appellant did not incur any such economic loss. On a proper application of the principles of offer and acceptance, Ghana could have withdrawn from the agreement (even if it was binding), as all conditions necessary for the performance of the contract had not been satisfied,” the court held.

Regarding Ghana’s defence about a lack of approval by the Oslo Municipal authorities for the building to be used for an embassy, the Appeal Court found that based on the evidence presented by Ghana concerning the appellant’s belated attempts to apply for the said permission and the municipality’s responses, it was clearly established that no such permission would have been received by the relevant date for the contract to take effect, and therefore Ghana could have withdrawn from the agreement.

“The purchase would in no case have materialised, and the appellant would not have received the purchase price from Ghana, for a claim of economic loss to be validly asserted,” the court stated.

The Appeal Court noted further that the condition regarding authorisation to use the property as chancery was vital to the purchase, and that only Jongsbru, not Ghana, had any control over whether the condition would be met or not.

Further, the consequences of the condition not being met were set out specifically in the agreement.

The Attorney-General expressed satisfaction with the outcome of the appeal and hoped that it would mark the end of the dispute.

Mr Dame explained that under Norwegian civil procedure rules, any civil judgement of the Court of Appeal may be appealed to the Supreme Court but the hearing of the appeal was not as of right.

A panel of three Supreme Court judges must first determine whether to allow the appeal to be heard by the Norway Supreme Court and explicitly allow it to be heard before the court will be required to consider or hear it and then proceed to give a judgment on it.

If the panel did not allow the appeal to be heard, the appeal terminates without any further processes at the Supreme Court.

He said the grounds for which the Norwegian Supreme Court would hear an appeal was where a new and major issue of law was raised in the matter and the court felt obligated to give legal clarity on the position.

He said the Norway Supreme Court did not hear an appeal on matters concerning the facts or evidence in a civil matter.

I'm Adwenpa-Hene |Blogger & Broadcaster Journalist. I am the CEO and manager of this noble website. I publish on Entertainment, Sports, Politics, Lifestyle, and Technology. You can also follow Us on : YouTube Channel - My Ghana Media TV, Facebook - MyghanaMedia TV , Twitter - @MyGhanamedia2 & Instagram - My Ghana Media TV. Email Address: [email protected] Contact Us: 0200818719
@@MyGhanamedia2
Previous Ghana Vs South Korea: ‘Hunger’ Amongst Players Making It Difficult For Me To Make Decisions – Coach Otto Addo
Next Gunmen Stop Sermon And Rob Churchgoers In South Africa