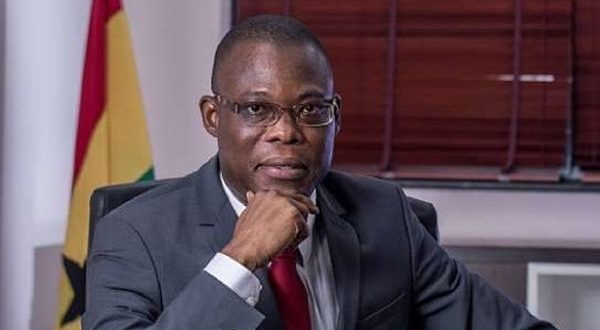 The newly elected General Secretary of the National Democratic Congress (NDC), Fifi Fiavi Kwetey has served notice to the governing New Patriotic Party (NPP) that the new NDC leadership is in to expose the government over issues of corruption and incompetence.

Kwetey was elected along with other executives including Chairman Johnson Asiedu Nketiah at the December 17 Congress in Accra to steer affairs of the party for the next four years.

In an interview on Citi TV (December 19) the former Ketu South Member of Parliament (MP) stressed that the new team will be out to set the records straight on the bad governance Ghanaians are currently faced with.

In responding to a jibe by Gabby Asare Otchere-Darko, a leading NPP member who described the NDC team as one filled with propagandists, Kwetey said he understood why Gabby was quaking over the Asiedu Nketiah-led team.

“This is a team that will be setting the records straight, that will be exposing the deception, the degeneration in this government, that will actually expose that this is the most corrupt and depraved government that we have had in our history.

“This is a team that is being led by his cousin who is an embodiment of degeneration and corruption, I think that is his worry.

“The worry is that this team is coming to expose big time, the total moral collapse of the leadership of this country, so clearly, I can understand why Gabby will be quaking and because he has good reason to quake, because what is coming, they better get ready,” the new General Secretary stressed.

Gabby Asare Otchere Darko is of the belief that the NDC will choose propaganda as their strategy for the 2024 election considering the kind of leadership their delegates settled for.

He said “Congratulations to the NDC and their new national officers! Asiedu Nketia is now the Chairman-General (apologies to Kwami!) What is clear is that Ghana’s opposition party has settled on a solid team of accomplished propagandists in all departments. The strategy for 2024 is set”.

Congratulations to the NDC and their new national officers! Aseidu Nketia is now the Chairman-General (apologies to Kwami!) What is clear is that Ghana's opposition party has settled on a solid team of accomplished propagandists in all departments. The strategy for 2024 is set. pic.twitter.com/7iDNVgEueZ

Asiedu Nketia who has been General Secretary for seventeen years is now Chairman of the largest opposition party. Fiifi Fiavi Kwetey is the party’s General Secretary, Joseph Yamin is the Organizer, Hannah Bissiw leads the women whiles George Opare Addo leads the youth in the political party.

The new leadership is expected to ensure they unite the party towards a single course of winning the next General Election and coming to power to “save” Ghana.

I'm Adwenpa-Hene |Blogger & Broadcaster Journalist. I am the CEO and manager of this noble website. I publish on Entertainment, Sports, Politics, Lifestyle, and Technology. You can also follow Us on : YouTube Channel - My Ghana Media TV, Facebook - MyghanaMedia TV , Twitter - @MyGhanamedia2 & Instagram - My Ghana Media TV. Email Address: [email protected] Contact Us: 0200818719
@@MyGhanamedia2
Previous The Story Of Ghana In An Abstract: Before IMF Bailout Request In 2022
Next First Pictures Of King Charles Banknotes Revealed