Breaking News
Home / GENERAL NEWS / John Boadu: I Blame Myself For My Defeat 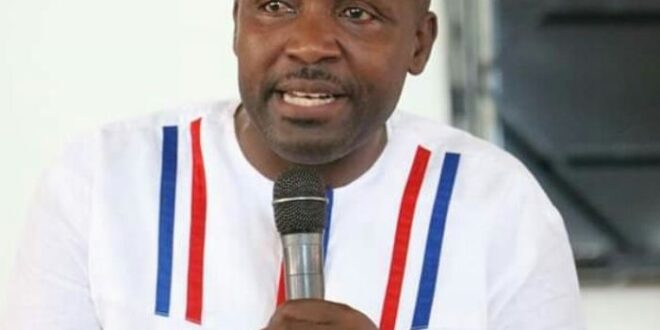 John Boadu: I Blame Myself For My Defeat

Former General Secretary of the New Patriotic Party (NPP), John Boadu, says he blames himself for losing his position after the party’s National Delegate Conference.

Speaking on The Probe for the first time since his defeat, he admitted that his desire for the party’s interest prevented him from being selfish to utter certain words against his opponent which could have won him the elections.

“I would say that it is because of the larger interest of the party that is why I also did not say certain things that would have explained to people why we got where we were and where we are coming from.

“(I blame it) on myself and the difficulty we are in as a party in government and I am happy about it because it is better to happen that way than to be selfish and come out to say the kind of things I could have said like what happened to the NDC,” he told Emefa Apawu.

Responding to the question of whether his opponent was unfair to him, he said “I will not blame him, he also strategised just also listening to what people are saying and just promised them that.”

Mr. Boadu noted that although the current General Secretary of the party, Justin Frimpong Kodua was not a very close friend prior to contesting the elections, his relationship with him is a very “official” one.

Justin Frimpong Kodua polled 2,857 votes to beat Mr. John Boadu who obtained 2,524 votes out of the total 5,556 votes cast in July this year.

I'm Adwenpa-Hene |Blogger & Broadcaster Journalist. I am the CEO and manager of this noble website. I publish on Entertainment, Sports, Politics, Lifestyle, and Technology. You can also follow Us on : YouTube Channel - My Ghana Media TV, Facebook - MyghanaMedia TV , Twitter - @MyGhanamedia2 & Instagram - My Ghana Media TV. Email Address: [email protected] Contact Us: 0200818719
@@MyGhanamedia2
Previous I Have Not Been Paid By Ghana For Winning The FIFA U20 World Cup In 2009 — Coach Sellas Tetteh
Next ‘Daddy, Are You John Boadu Or Akufo-Addo?’