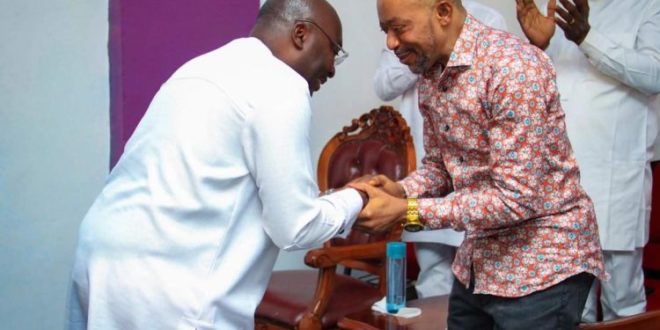 Contrary claims that Rev. Isaac Owusu Bempah, founder and leader of the Glorious Word and Power Ministry is in loggerheads with Vice President Dr. Mahamudu Bawumia, the latter had his Christmas church service at his church.

The notable preacher of gospel was in the news for calling out President Nana Addo Dankwa Akufo-Addo and the Vice President as a hypocrite during a live sermon.

The founder and leader of the Glorious Word and Power Ministry was said to have threatened to speak out about how the President came to hold the presidency. 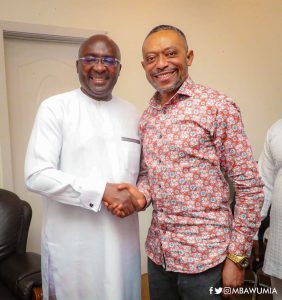 Rev. Owusu Bempah criticized the President and Vice President Mahamudu Bawumia for conspiring with IGP Dampare to have him arrested and humiliated in a sermon over the weekend. 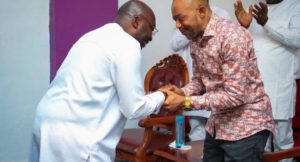 He narrated, “Afterwards, you call wishing me a happy birthday. You know what…. All your promises you failed to fulfil, yet you allow for me to be arrested despite being the one at the receiving end of abuse and hurled before the court… I was sent to Police hospital and while a drip was on me in a bed, I was handcuffed to the bed in the name of order from above. Akufo-Addo and Bawumia were in the know and Dampare was doing such things.” 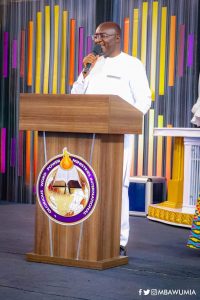 Rev. Owusu Bempah continued by saying, “As for me, I am disappointed by Akufo-Addo, that order from above that caused me to be handcuffed to my bed at Police Hospital, it gave me shock and goosebumps”. 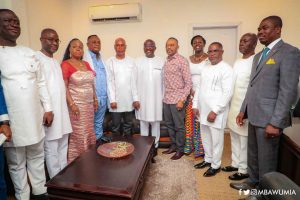 When he went to the station to free his detained pastors, Rev. Owusu Bempah said that he was the victim of a trap that had been planned for him.

However, the vice president on Christmas Church service December 25, visited Apostle Dr. Isaac Owusu-Bempah, and his congregation for the Christmas Service.

They were both seen in photographs beaming with smiles

I'm Adwenpa-Hene |Blogger & Broadcaster Journalist. I am the CEO and manager of this noble website. I publish on Entertainment, Sports, Politics, Lifestyle, and Technology. You can also follow Us on : YouTube Channel - My Ghana Media TV, Facebook - MyghanaMedia TV , Twitter - @MyGhanamedia2 & Instagram - My Ghana Media TV. Email Address: [email protected] Contact Us: 0200818719
@@MyGhanamedia2
Previous ‘Daddy, Are You John Boadu Or Akufo-Addo?’
Next Dates For Presidential And Parliamentary Primaries Not Confirmed – NPP