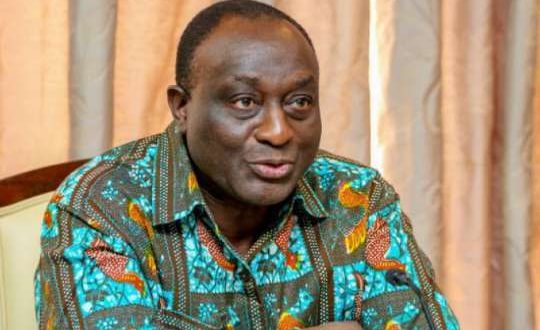 Political activist and lawyer based in the UK, Kofi Opare Hagan has accused former Trade and Industry Minister, John Alan Kwadwo Kyeremanten of abandoning the Akufo-Addo administration after failing in his role as Minister.

Mr Hagan asserted that his resignation from Government hopefully to gain some advantage over other New Patriotic Party (NPP) flagbearership is non-existent.

“The cash man couldn’t bring dollars into the economy when we needed it most. His only single job! He failed woefully. Our import cover is low. Our industrialization agenda unmet. And investors at one point were fleeing like economy like rats do to a sinking ship.

Alan Kyeremanten recently resigned from his position presumably to pursue his interest in becoming the leader of the New Patriotic Party (NPP). Ken Ofori-Atta, Minister of Finance and Economic Planning has been appointed to act in his stead as caretaker Minister until a substantive Minister is appointed.

His resignation has not come as a surprise to political watchers since anyone with such interests had been expected to resign earlier.

But for Mr Hagan, Alan Kyeremanten has abandoned ship when there is still work to be done.