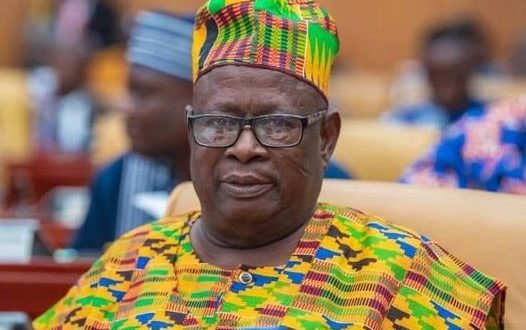 Member of Parliament (MP) for Zebilla, Cletus Apul Avoka has announced his exit from the legislature, stressing that come December 2024, he will not be seeking another term. He thanked his constituents for the opportunity to serve.

Mr Avoka, who has contested all parliamentary elections on the ticket of the National Democratic Congress (NDC) in the Zebilla Constituency ( formerly Bawku West Constituency) in the Upper East Region of Ghana, and has won six times and lost twice, made this known during an NDC Youth Wing meeting and dinner ceremony in Zebilla.

“At the end of 2024, I would have done 24 years in Parliament. I want to take this opportunity to thank my constituents – formerly Bawku West Constituency and now Zebilla Constituency. You’ve been so loyal to me; so selfless to me, you’ve supported me, you’ve reposed confidence in me…So my position is that cone 2024, I will not contest again. I am going to leave parliamentary elections and maybe do something else,” he said at the ceremony.

I'm Adwenpa-Hene |Blogger & Broadcaster Journalist. I am the CEO and manager of this noble website. I publish on Entertainment, Sports, Politics, Lifestyle, and Technology. You can also follow Us on : YouTube Channel - My Ghana Media TV, Facebook - MyghanaMedia TV , Twitter - @MyGhanamedia2 & Instagram - My Ghana Media TV. Email Address: [email protected] Contact Us: 0200818719
@@MyGhanamedia2
Previous Alan Failed Woefully As Trade Minister And Has Run Away- UK Based Lawyer
Next WN/R: NPP MP To Organise “Demo” Against The Municipal Assembly In His Constituency