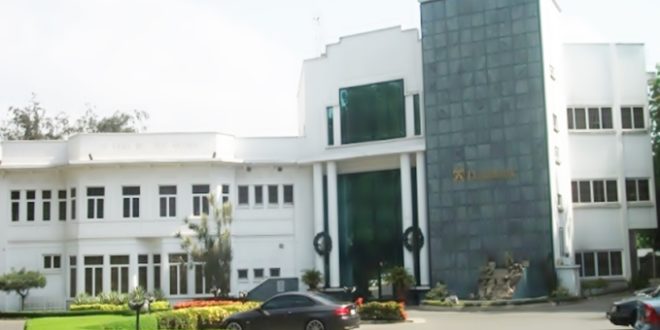 Databank To Reopen Offices On January 10

Fund management company Databank will reopen its independent branches on 10 January, the first time since 22 December following a shutdown resulting from physical and verbal attacks on its staff by some of its clients.

The staff of the fund management company have been working remotely and engaging clients on digital platforms since the closure but the company in an e-mail and text message to its clients on Saturday 7 January 2023, said it “will apply a phased approach to re-opening” its physical locations.

The re-opening will commence on 10 January with business resuming at its independent branches located in Accra, Cape Coast, Ho, Koforidua, Kumasi, Sunyani, Takoradi, Tamale and Tema.

This will be followed by the re-opening of Databank co-locations within GTBank and UBA branches located in Accra, Ashaiman, Kasoa, Tarkwa, Wa and KNUST.

See also  May Day Celebration: I Commend And Salute The Gallant Workers Of Ghana – Akufo-Addo

The company in an email to its clients last December said it had been affected by the liquidity challenges that have rocked the fund management industry owing to the “macro-economic crisis” facing the country.

It said the crisis had resulted in the company’s inability to pay withdrawal requests and impacted its original two-week estimate for withdrawals.

In an interaction with clients of the firm on Zoom on 28 December, 2022, the Chief Executive Officer of the Databank Group, Kojo Addae-Mensah said the firm’s fixed income investments were in government of Ghana bonds which had been affected by the Ghana Domestic Debt Exchange (GDX) programme which was announced on December 5.

See also  Akufo-Addo Is Not Against Mining – Jinapor

He said the announcement of the GDX resulted in the shutdown of the secondary market which denied the firm the ability to sell the bonds to meet client redemption requests.

He added that the secondary market was still closed, so his outfit was engaging the government to in the interim provide liquidity to meet client redemption requests.

Addae-Mensah disclosed that his outfit had engaged security personnel to provide security for its staff and clients at its branches but this was twisted by some media houses who reported it as intimidation of clients.

I'm Adwenpa-Hene |Blogger & Broadcaster Journalist. I am the CEO and manager of this noble website. I publish on Entertainment, Sports, Politics, Lifestyle, and Technology. You can also follow Us on : YouTube Channel - My Ghana Media TV, Facebook - MyghanaMedia TV , Twitter - @MyGhanamedia2 & Instagram - My Ghana Media TV. Email Address: [email protected] Contact Us: 0200818719
@@MyGhanamedia2
Previous WN/R: NPP MP To Organise “Demo” Against The Municipal Assembly In His Constituency
Next University of Ghana Suspends 4 Commonwealth Hall Students For 3 Years Each