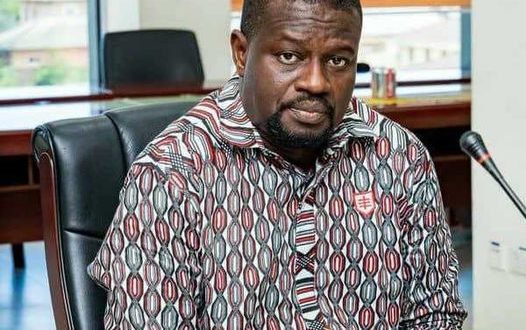 Majority Chief Whip, and Member of Parliament for Nsawam/Adoagyiri in the Eastern Region, Frank Annoh-Dompreh has called on the Ministry of Finance to review its decision and resolution on the Individual Bond Holders as soon as possible.

According to Annoh-Dompreh, he vehemently disagrees with the government’s decision since he thinks it is unfair and untenable.

The Finance Minister ( Ministry) must as a matter of urgency review ASAP its decision and resolution on individual bond holders. I don't agree with them and I think it's unfair and untenable!

The Akufo-Addo-led government has modified its GH¢137.3 billion domestic bond exchange programme to include individuals, as part of efforts to restructure the country’s debt.

This is to secure approval from the Management and Executive Board of the International Monetary Fund (IMF) for a $3 billion loan-support programme, to address Ghana’s current economic crisis.

It would be recalled that days after the government announced the exclusion of pension funds in the debt exchange programme, it decided to include individual bondholders.

Individual investors were initially not part of the domestic debt restructuring.

However, the exemption of pension funds from the programme triggered the inclusion of individual investors.

The Majority Chief Whip reacting to the development in a post on his Twitter handle, tasked the Minister for Finance, Ken Ofori-Atta with a matter of urgency to review it.

A release issued by the Finance Ministry stated that in addition to foregoing extensions, the government was “Expanding the type of investors that can participate in the Exchange to now include Individual Investors.”

Other modifications to the debt exchange programme included the setting of a non-binding target minimum level of overall participation of 80 percent of the aggregate principal amount outstanding of eligible bonds.

The release also said that: “Offering accrued and unpaid interest on Eligible Bonds, and a cash tender fee payment to holders of Eligible Bonds maturing in 2023.”

There would also be eight new instruments to the composition of the new bonds, for a total of 12 new bonds, one maturing each year starting January 2027 and ending January 2038.

The government has further extended the deadline for voluntary participation in the debt exchange programme to January 16, 2023, from the previous December 30.

“Expanding the type of investors that can participate in the Exchange to now include Individual Investors”, a statement from the Finance Ministry indicated an amendment to the terms of the domestic exchange programme was then announced after individual investors were included.

Individual bondholders now have until January 16 to sign up for the debt exchange programme or be in default.

The Finance Ministry had earlier cautioned individual holders of eligible bonds who refuse to take the Amended and Restated Exchange Memorandum under the Debt Exchange Programme provided by the State that they will find it difficult to obtain a judgment against the Government of Ghana.

Under a caption labeled “Enforcement of Civil Liabilities” in the 58-page Amended and Restated Exchange Memorandum to individual bondholders, Finance Minister, Ken Ofori-Atta emphasized that since Ghana is a sovereign state, any legal action taken by bondholders against the country would be difficult to materialize.