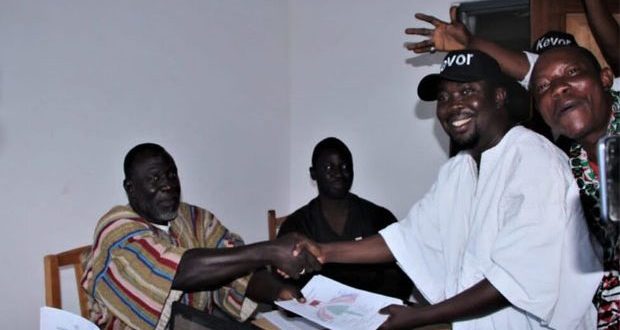 A total of 49 persons including former officers have filed to contest the Eastern Regional executive positions of the opposition National Democratic Congress (NDC) by close of nominations Saturday, October 15, 2022.

The Regional Secretary position is being contested by George Mensah Akpalu, a Lecturer, Kudjo Adukpo the incumbent, Baba Jamal, former Regional Election Director of the party, and Nene Gerald.

The former Regional Women’s Organizer Evelyn Koran who was defeated by the incumbent Shirley Naana Ampem in 2018 is staging a comeback, as well as Sahadatu Ibrahim, Linda Ahenkorah,
Rita Akosua Awatey and Faustina Effah-Boadi.

The Chairman of the election committee, Alhaji Sumaila Mahama confirmed that the aspirants will be vetted on Tuesday and Wednesday before the constituency elections are held by end of the week after which the Regional elections will be conducted.

I'm Adwenpa-Hene |Blogger & Broadcaster Journalist. I am the CEO and manager of this noble website. I publish on Entertainment, Sports, Politics, Lifestyle, and Technology. You can also follow Us on : YouTube Channel - My Ghana Media TV, Facebook - MyghanaMedia TV , Twitter - @MyGhanamedia2 & Instagram - My Ghana Media TV. Email Address: [email protected] Contact Us: 0200818719
@@MyGhanamedia2
Previous Ghana: Today’s Newspaper Headlines; Monday, October 17, 2022
Next Akufo-Addo: I Can’t Turn My Back On Ofori-Atta [Audio]