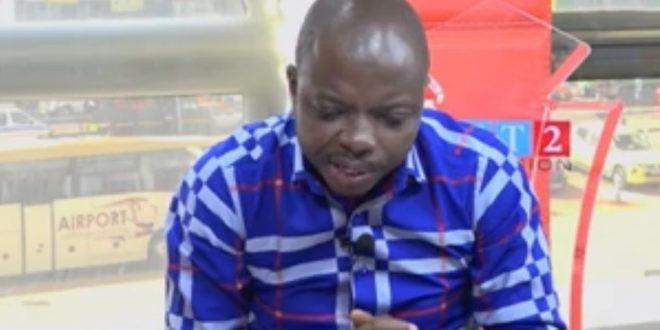 Preliminary Investigations by the Ghana Police Service have revealed that the coup plot allegations leveled against former President, John Dramani Mahama by the Bono Regional Chairman of the governing New Patriotic Party, Kwame Baffoe, are untrue.

Kwame Baffoe, popularly known as Abronye DC, is reported to have claimed that John Mahama is planning to stage a coup.

Abronye DC was detained on Tuesday by the Accra Regional Command, after he honoured their invitation over the said allegations.

He was subsequently charged with the publication of false News and Offensive Conduct conducive to the breach of Peace.

See also  2021 In Review (I): Big Stories That Made Headlines Between January & March

He is expected to appear before court today Wednesday.

Meanwhile, a member of the communication team of the NPP, Hopeson Adorye says he is disappointed at how the Police handled the case.

Mr. Adorye, while addressing journalists at the Accra Regional Police Command on Tuesday evening said the accused person is innocent of the charges levelled against him, and is going to prove it in Court.

“The charges that have been levelled against him are unfair. He was minding his business when he was called from a Radio station to react to a comment another person had made.”

“How can this pass for misconduct? I am not a law student but I don’t think it does. I believe the IGP thought he spoke from the studio, but he did not. We are going to prove this to the IGP tomorrow [Wednesday]. He only said the mindset of Oliver is what Mahama carries. Isn’t that the case? Don’t they work together? They have the same vision,” he said. 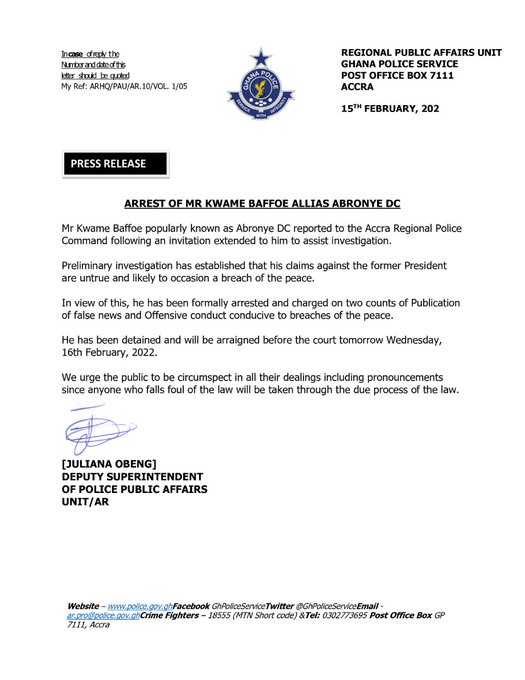 I'm Adwenpa-Hene |Blogger & Broadcaster Journalist. I am the CEO and manager of this noble website. I publish on Entertainment, Sports, Politics, Lifestyle, and Technology. You can also follow Us on : YouTube Channel - My Ghana Media TV, Facebook - MyghanaMedia TV , Twitter - @MyGhanamedia2 & Instagram - My Ghana Media TV. Email Address: [email protected] Contact Us: 0200818719
@@MyGhanamedia2
Previous Akufo-Addo Is Not Using Private Jet For Fun – Kwadaso MP To Ablakwa
Next I Wouldn’t Advise Anybody To Hail Coup D’état – John Kufuor