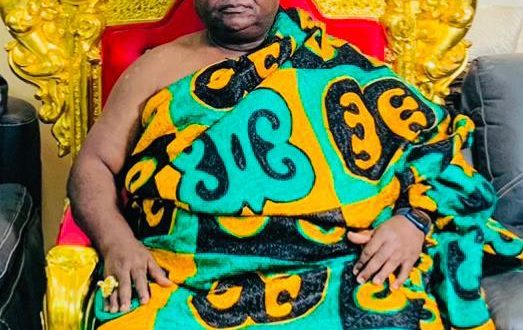 The Aburihene and Adontehene of Akuapem Traditional Area in the Eastern Region, Otubour Gyan Kwasi II, has repeated his calls on government of President Nana Addo Dankwa Akufo-Addo to invest in the Aburi Botanical Gardens to generate income and growth for the country.

According to the chief, when President Nana AddoDankwaAkufo-Addo paid a courtesy call on him, as his tour of the Eastern Region about one year ago, he puts his request before him to ensure that the government to invest in the West Africa’s largest Botanical Garden.

He pointed out that the government of President Akufo-Addo has not yet responded to him request hence the need to intensify his calls for the government to urgently hand over the Aburi Botanical Gardens to the Aburi Traditional Council.

See also  Alan Kyerematen To Clergy: ‘Politics And Religion Are Two Sides Of The Same Coin’

He noted that that their demand for West Africa’s largest Botanical Garden is to save it from total collapse, as it is in a very deplorable state.

He said majority of the labour force is from Aburi but because of mismanagement by the Department of Parks and Gardens, most of the workers have lost their jobs due to the authority’s inability to pay their allowances.

The Chief who expressed worry over the deplorable state of the 1890 Garden, reiterated that investing in the garden would enhance tourism in the country and create jobs for the youth in the area and beyond.

“The Garden has a long history of Governors who have stayed in the garden. We had our first clinic, post office among other facilities in the garden and we have gradually lost it and the garden is in deplorable state,” he said and urged government to intervene.

Addressing some senior at at Aburi journalists Otubour Gyan Kwasi II said the Aburi Botanical Gardens was one of the major concerns of his subjects and called on the government to prioritize it and immediately intervene.