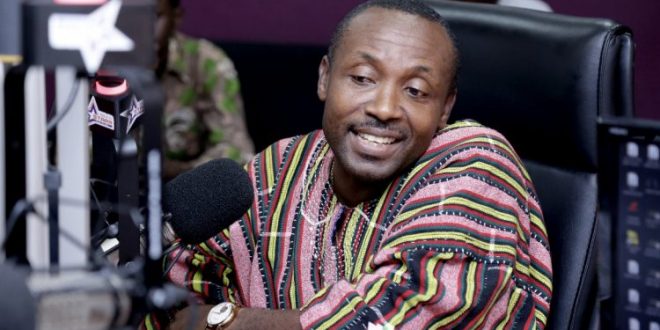 The Member of Parliament for Adaklu, Governs Kwame Agbodza, has urged Parliament to haul General Secretary of the governing NPP,  John Boadu before the privileges over his insulting comments against the Speaker of Parliament, Rt. Hon. Alban Bagbin.

John Boadu in addressing party members at Mankesim stated the speaker is suffering from an inferiority complex.

“The Speaker talks anyhow, now he even says he can remove the president but the president cannot remove him. He has forgotten that even if the president will be impeached he as a Speaker doesn’t have a vote but he is just boasting.

“I don’t know what is wrong with him, he has [inferiority] complex, he is overwhelmed by his current status so sometimes he says things that do not make sense but we have to indulge him,” Mr Boadu said.

The comments follow concerns raised by the speaker about poor budgetary allocation to the legislature.

Mr Boadu also cheekily asked the speaker to personally collect road tolls following his directive to the roads Minister to withdraw the announcement ending the collection of road tolls.

Senior Presidential advisor Yaw Osafo Maafo has also described the speaker as ignorant in asking the roads minister to withdraw his directive.

Debating the 2022 budget Governs Kwame Agbodza argued the two are not better than people who have been summoned before the privileges committee in the past for slighting parliament.

See also  John Boadu: I Have No Interest To Be An MP

I'm Adwenpa-Hene |Blogger & Broadcaster Journalist. I am the CEO and manager of this noble website. I publish on Entertainment, Sports, Politics, Lifestyle, and Technology. You can also follow Us on : YouTube Channel - My Ghana Media TV, Facebook - MyghanaMedia TV , Twitter - @MyGhanamedia2 & Instagram - My Ghana Media TV. Email Address: [email protected] Contact Us: 0200818719
@@MyGhanamedia2
Previous Western Region:Ten (10) People Feared Dead As Galamsey Pit Caves In
Next Asenso-Boakye: ‘I Was Hoping Keta Sea Defence Project Would Be Captured In 2022 Budget’