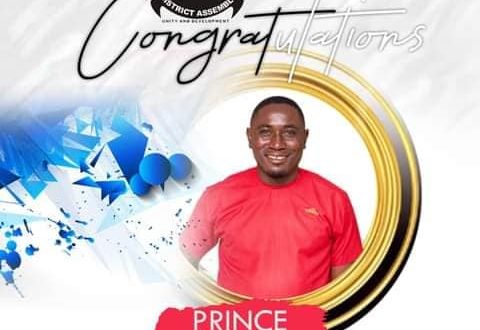 On Monday, September 27, Prince Karikari was endorsed by all the 48 Assembly Members, representing 100%,  who turned up to vote in the exercise supervised by officials of the Electoral Commission (EC).

In his acceptance speech, the DCE, Prince Karikari , thanked the President and the Assembly Members for the confidence reposed in him to see to the growth and wellbeing of Atwima  Kwanwonma District  Assembly.

“I say thank you. Firstly, the thanks goes to the Almighty God, Allah. I will also like to thank His Excellency President Nana Akufo-Addo and the Regional Minister,Hon. Simon Osei-Mensah , as well as the Assembly Members who reposed in me this overwhelming endorsement,” he said.

He pledged his commitment to the development of Atwima Kwanwonma and said his doors are open for fruitful advice and contributions for the wellbeing of the area.

The Ashanti  Regional Minister, Hon. Simon Osei-Mensah expressed his gratitude to the Assembly members for confirming the President’s nominee. 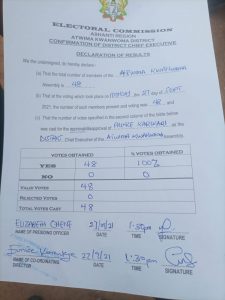