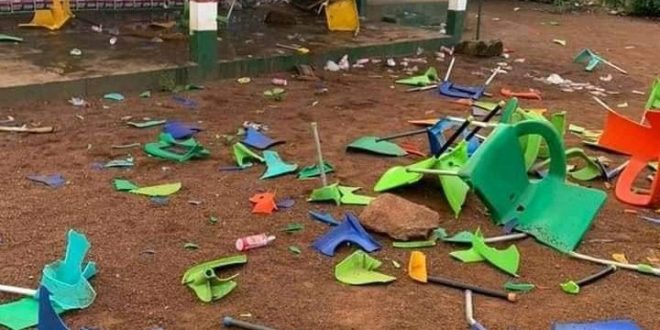 Five persons are currently in the grips of the Ghana Police Service for “unlawful harm” and “damage” at the Bono East Region office of the opposition National Democratic Congress (NDC).

The five – Kojo Agyei, Illiasu Sulemana, Andrew Kemire, Fatau Abdallah and Alhaji Nuhu – were said to be allegedly involved in attacks at the party’s regional headquarters on Thursday, July 28.

“During the attacks, one person sustained multiple knife wounds and is currently on admission at the Techiman Government Hospital,” the police said in a statement issued on Sunday, July 31.

“The sliding windows of the party office and a vehicle which was parked at the office were vandalised.”

According to the police, all the five suspects will be put before court on Monday, August 1 “to face justice”.

The statement signed by ASP Bosie Dankwa Amponsa of the Public Affairs Unit of the Bono East Regional Police Command urged individuals and groups to resort to dialogue rather than violence “to resolve their differences since the police will not hesitate to apply the law”.