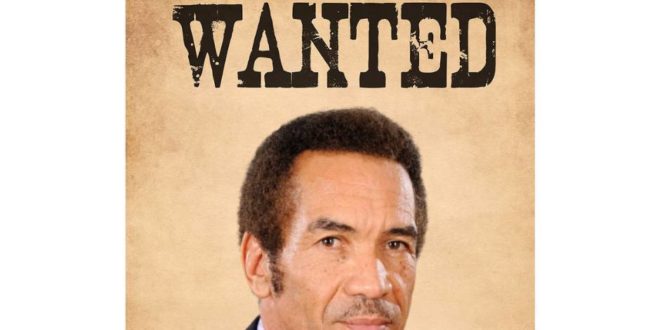 A court in Botswana has issued an arrest warrant for former President His Excellency Lieutenant General Dr. Seretse Khama Ian Kh for the possession of illegal firearms.

The judge issued orders that Khama should be arrested on sight.

The 69-year-old left the country last year and has been residing in neighbouring South Africa.

He has denied the charges and says they are part of a political conspiracy after he fell out with his successor President Mokgweetsi Masisi.

He is facing 14 charges including allegations of money laundering and handling stolen property. The warrant issued is only for the possession of five illegal firearms.

He is jointly charged with the former heads of intelligence and police services.

The arrest warrant follows Khama’s failure to appear for trial earlier this year. It could pave the way for Botswana to seek his extradition from South Africa.

Khama, the son of Botswana’s first President Seretse Khama, told Botswana’s Mmegi news site he would welcome an extradition request as it would give him the chance to expose the “lies” being told about him, in a foreign court.

He told the BBC’s Focus on Africa programme in April that the charges were “fabricated” and that he suspected people in Masisi’s government intended “to do me harm”.

“He wants to eliminate me before the 2024 elections because he views me as his biggest stumbling block to his re-election,” Khama said of his successor.

The government called his allegations of a planned assassination “outrageous”.

“The narrative that the former president and his family members are being persecuted is devoid of any truth,” government spokesperson John-Thomas Dipowe said in May. 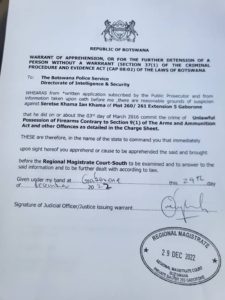