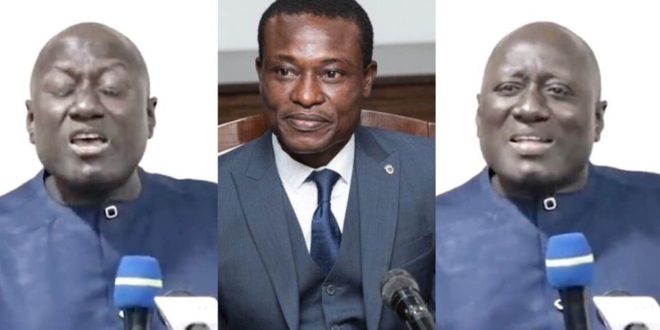 Former Commissioner of Customs Division at the Ghana Revenue Authority, Col Kwadwo Damoah (Rtd) and a former Deputy Commissioner of the Division, Joseph Adu Kyei have dragged the Special Prosecutor to an Accra High Court.

The two are seeking to have the court set aside an investigative report by the Special Prosecutor into the activities of Labianca Group of Companies.

This follows a report published by the OSP on August 8, 2022.

According to the report, Labianca Group of Companies, a frozen foods company owned by a member of the Council of State, Eunice Jacqueline Buah Asomah-Hinneh, evaded import duties.

The OSP is also said to have recovered an amount of ¢1.074 million representing a shortfall in import duties paid to the state.

The OSP contended that Ms Asomah-Hinneh used her position as a member of the Council of State and member of the Board of Directors of the Ghana Ports and Harbours Authority (GPHA) to get a favourable decision from the Customs Division.

Again, a Deputy Commissioner of Customs in charge of Operations, Joseph Adu Kyei was also cited by the OSP for issuing what it described as an unlawful customs advance ruling.

This, according to the report, reduced the benchmark values of the goods imported by Labianca Limited translating to reduced tax obligations of the company to the state.

But speaking at the Customs Division Management Retreat in Kumasi, the Commissioner of Customs, Col. Kwadwo Damoah (Rtd) insisted that the report of the Special Prosecutor was released with malicious intent.

Col Damoah (Rtd) believes it was meant to discredit the Customs officers, hence the decision to drag the OSP to court.

In the suit, the two insist the work done by the OSP is unconstitutional.

They therefore want the court to quash and remove the said report from the Registry/Records of the Office of the Special Prosecutor.

They also want the court to prohibit the Special Prosecutor from investigating and issuing any reports or making adverse findings against them or other persons similarly situated, and publishing same in the electronic and print media.

Find copies of the document below: