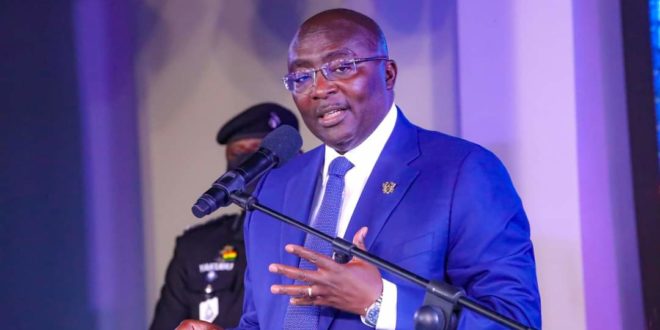 According to Sir John, the vice president, H.E Dr Bawumia is a new breed of politician who embraces 21st-century politics more than anyone else. He has made it his signature whilst in power to move Ghana into a new age of digitization.

“Dr Bawumia is a new kind of politician who embraces the politics of the 21st century more than anyone”, says Sir John

The veteran economist has spearheaded the establishment of the digital address system, the QR payment system and tons of other digitization efforts.

Sir John said that every modern economy and society is developed through the concept of digitalization.

He stated that digitalization is transforming the ways in which industries, businesses, agricultural products, general goods and services are marketed, distributed, traded, delivered and consumed in an increasingly digitized economy and marketplace globally, and Ghana is not an exception.

Online marketing, trading, shopping, banking, and e-commerce have become the mainstream channels for consumers. Products, goods, and services are moving from tangible mediums to digital ones.

Digital, internet and technology-driven companies such as Amazon, Apple, Microsoft, Google, Tencent, Visa, Mastercard, Facebook, Alibaba, Twitter, etc. are economic giants in their own right, having economic growth and financial impact greater than the entire economies of African countries.

This is one of the main reasons why Akufo-Addo’s government, through Dr. Bawumia, is doing everything possible to, first of all, formalize and change the Ghanaian economic architecture through digitalization.

Through the efforts and commitment of Dr. Mahamudu Bawumia, the NPP government is capable of rolling out a comprehensive programme on digital, internet and technology entrepreneurship, leading to the creation of world-class digital and technology entrepreneurs who would be able to provide the needed platforms to market, distribute, trade and attract the needed investments aimed at ensuring the sustainability of the government’s flagship programmes, especially 1D1F and Planting for Food and Jobs, envisioned, initiated and implemented by H. E. Nana Akufo-Addo.

Sir John also noted that his [Dr. Alhaji Bawumia] efforts have been so successful that even the Governor of Nigeria’s Central Bank recently showered him with praise.

“Bawumia is eager to move Ghana forward through technology, and that gives him a modern appeal whilst demonstrating his competence and foresight at the same time.” 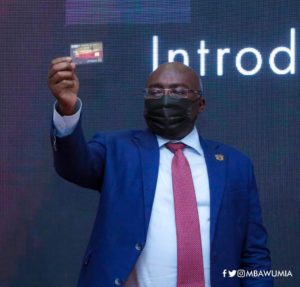 Through Dr. Bawumia, Ghana will become the Hub of Digital and Technology Entrepreneurship in Africa.

The ex-Governor of Nigeria’s Central Bank is impressed by Ghana’s digitalisation drive.

The renowned cleric, banker and economist, said he has been keenly following developments in Ghana’s digitalisation drive, which is driving transformation in various sectors of the economy.

“Your digital work I am aware of because I happen to be on the global board of MTN and we have an operating office in Ghana, so we get reports in Johannesburg on what is happeningin different countries, so we do know what is happening in the digital space, Fintechs and so on within Ghana,” he stated. government’s digitalisation agenda

See also  Dr. Bawumia Is The Cause Of Ghana’s Problem - NPP Guru

The governing New Patriotic Party (NPP) has introduced some interventions such as mobile money interoperability, digital renewal of National Health Insurance, and implementation of the digital address system, among others. According to the party, these have significantly improved the economic and social lives of Ghanaians.

We are blessed to have Alhaji Dr. Mahamudu Bawumia as our Vice President and with him our future is very bright. I am very proud of you Sir and Ghanaians are very proud of you too. The youth of Ghana are grateful to Allah for his grace and mercies upon you.

I'm Adwenpa-Hene |Blogger & Broadcaster Journalist. I am the CEO and manager of this noble website. I publish on Entertainment, Sports, Politics, Lifestyle, and Technology. You can also follow Us on : YouTube Channel - My Ghana Media TV, Facebook - MyghanaMedia TV , Twitter - @MyGhanamedia2 & Instagram - My Ghana Media TV. Email Address: [email protected] Contact Us: 0200818719
@@MyGhanamedia2
Previous Produce All Documents On Contract With A&Qs – SP Directs NDA Boss Over Corruption Probe
Next Okudzeto Ablakwa Fires Back At Presidency Over ‘Luxurious’ Flight