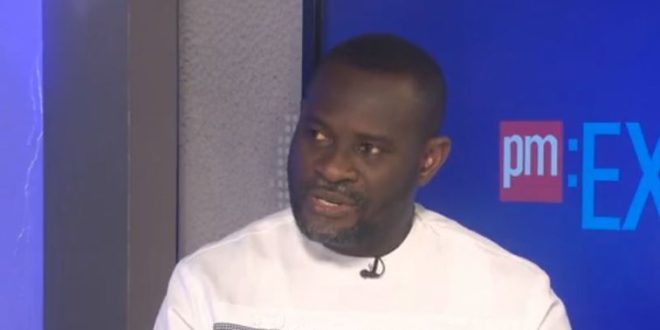 The Deputy Finance Minister, John Kumah, has stated that the Electronic Transaction Levy (e-levy) is not the panacea for the problems facing the country.

He noted that government has never given that indication.

“The rhetoric that the e-levy is a game-changer and an answer to all problems of our country, the government has not said that.”

Speaking on JoyFM‘s Super Morning Show on Tuesday, Dr. Kumah noted that although non-implementation of the levy will have consequences on the economy, “our belief is that in the very worst-case scenario, if you’re not able to raise the revenue, then you’ll have to cut down on flagship programmes of government.

His statement was in reaction to a comment made by the CEO of Dalex Finance, Ken Thompson, to the effect that government has created a picture as though development will grind to a halt if the e-levy is not approved and implemented.

Government, while introducing the e-levy, stated that it will be used to finance road projects, create employment through the YouStart initiative, as well as serve as a source of raising revenue (internally without borrowing), which in effect will enhance Ghana’s debt situation.

But in subsequent briefings, comments from some government officials, including the Agric Minister, indicate otherwise.

The Minister of Food and Agriculture (MoFA), Dr. Owusu Afriyie Akoto, during a visit to one of the government’s built warehouses at Gambaga in the North East Region, called on farmers and Ghanaians as a whole to embrace the proposed e-levy since it will help in raising funds to support farmers in the country.

As a result of this statement and that of others, Mr. Thompson argued that the levy is being oversold by the government, although in his view, it’s not a game-changer.

In a reaction, Dr. Kumah refuted such claims. He said government has not declared that the levy will be a source of funding for all development projects. He further clarified that government remains resolute to using the levy for its intended purpose.

I'm Adwenpa-Hene |Blogger & Broadcaster Journalist. I am the CEO and manager of this noble website. I publish on Entertainment, Sports, Politics, Lifestyle, and Technology. You can also follow Us on : YouTube Channel - My Ghana Media TV, Facebook - MyghanaMedia TV , Twitter - @MyGhanamedia2 & Instagram - My Ghana Media TV. Email Address: [email protected] Contact Us: 0200818719
@@MyGhanamedia2
Previous Assin North MP Ordered His Bodyguards To Throw Me Out Of His Office – Bailiff Tells Supreme Court
Next ‘Government Has Neglected Us Due To Politics’ – GNAFF