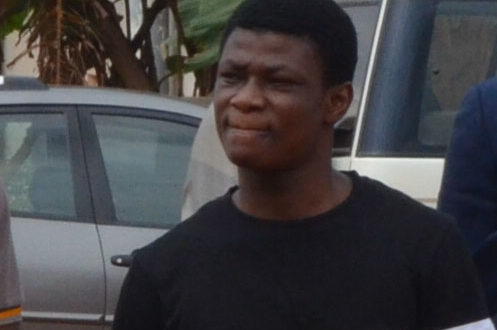 The prime suspect in the murder of JB Danquah-Adu, slain Member of Parliament (MP) for Abuakwa North in the Eatern Region has been identified by prosecution in the ongoing trial.

Per investigation conducted by prosecution, fingerprints and footprints taken at the crime scene when the incident occurred matched with that of Daniel Asiedu, the first accused person in the murder trial.

Chief Inspector Nkrumah told an Accra High Court in his evidence in chief as reported by the Ghana News Agency (GNA) that “The report of the Police Forensic Bureau indicated that the fingerprints taken from the deceased’s room were that of the fingerprints of first accused person (Daniel Asiedu) and the footprints were also identical to the size and form of Asiedu.”

Led in evidence by Sefakor Batsa, Principal State Attorney, the case investigator said the finger and foot prints of the deceased’s wife were also taken by the Police Investigation team.

According to the investigator, fingers and footprints of other workers of the deceased, including a nanny, driver and security man were taken.

×
On the deceased’s wife, the investigator said, she (deceased wife) told the Police team that she had been living peacefully with her husband.

However, the investigator said the deceased’s wife told the Police that there was some misunderstanding, but they were not at loggerheads with each other.

According to him, the deceased’s wife said before the incident, she was sleeping with her children in their room because one of the kids fell in a swimming pool at A and C Mall and had some stitches under the chin.

The Investigator, who is the eighth prosecution witness, said the deceased’s wife told the team that she was sleeping with the child so that the child would get well.

“She continued sleeping with (kids) but that did not pose any problem because they understood each other and for a period of time she was not sleeping together with her husband,” the witness said.

According to the investigator, on the day of the incident, the deceased’s wife said she woke up after receiving a call from their gardener who informed her that the Police were in the house, and they wanted her to come out.

The investigator said the deceased’s wife informed the gardener that she was afraid and could not leave the children, so she stayed indoors until the Police came and spoke to her.

The investigator said the team found the Member of Parliament dead and lying in a pool of blood in his room.
According to the investigator, the team interviewed the deceased’s wife and took a statement from her.

The witness said the team also contacted Abigail Marfo, a neighbour, who also indicated that on the day of the incident, she woke up at 1am and 2am because she heard somebody fetching water in the bathroom.

Chief Inspector Nkrumah said Madam Marfo told the team that when she came out, she saw blood stains on her pail and drum placed on her compound and later in her bathroom. “She then informed her landlord who in turn called the Police,” the investigator said.

According to the Investigator, the team proceeded to arrest one Abdul Aziz aka Avenger who Asiedu mentioned as an accomplice in the matter.

The investigator opined that Aziz denied his involvement in the crime and indicated that although he knew Asiedu, he did not take part in the crime.

According to the investigator, Asiedu later informed the Police that what he said about Aziz was false.

In the case of the second accused person, Vincent Bossu, the investigator told the Court that Bossu told the team that Asiedu was his friend, and they normally went out to steal phones and laptops among others.

The investigator said a day before the incident, Bossu told the team that Asiedu asked him to prepare so they could go out and steal phones and laptops.

However, the investigator said when Asiedu and Bossu set out to go and steal there was some disagreement, so Bossu decided to return to Agbogboloshie after they both alighted from a Madina-bound trotro.

“Bossu took home a screwdriver and left the cutter and other implements with Asiedu and that Bossu indicated that he did not know the house Asiedu went to when they alighted at Shiashie junction,” the investigator said.

According to the investigator, Asiedu confirmed the story of Bossu.

“Later Asiedu in the company of the Bossu and the team of Policemen proceeded to routes Asiedu took before going to the former MP’s house,” the investigator told the court.

Daniel Asiedu and Vincent Bossu are being held for the murder of the former MP for Abuakwa North at his residence at Shaishie in the year 2016.

Asiedu and Bossu are jointly held on the charge of conspiracy to rob. Asiedu has been additionally charged with murder.

They have denied the charges and have been remanded into lawful custody by the Court presided over by Justice Lydia Osei Marfo.

I'm Adwenpa-Hene |Blogger & Broadcaster Journalist. I am the CEO and manager of this noble website. I publish on Entertainment, Sports, Politics, Lifestyle, and Technology. You can also follow Us on : YouTube Channel - My Ghana Media TV, Facebook - MyghanaMedia TV , Twitter - @MyGhanamedia2 & Instagram - My Ghana Media TV. Email Address: [email protected] Contact Us: 0200818719
@@MyGhanamedia2
Previous Ghana Premier League : RTU Secure Survival With 4-1 Win Over Hearts of Oak
Next Confusion Over Death Of Passenger From US At KIA