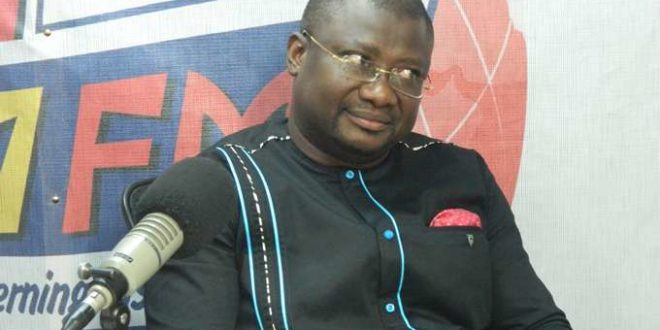 A former Member of Parliament for the Adenta Constituency, Kojo Adu-Asare, has taken a swipe at Akans in a panel discussion on Asempa FM’s Ekosiisen talk show.

Appearing on the popular radio show last week with Philip Osei Bonsu as host, the former NDC MP emphasized that whenever an Akan leads Ghana as president, there are semblances of chaos and impunity across the country.

“You see, sometimes when I say this, I don’t know if it is your editorial policy or whatever, master, the truth must be told, once and for all. I say, when an Akan becomes a president in this country, impunity takes centre stage” he said.

When Osei Bonsu queried him on the basis for such an assertion, Adu-Asare would not end his tribal bigotry but sought to justify the point he made.

“I am being honest with you, do your research, from the Busia days all the way coming, I’ve said it. Do the research, if after the research, what I am saying is at variance with what the reality is, I will apologize for it if I come and sit on this platform” he claimed.

When O.B pointed out to him that Akan is broad, so when one looks at the Akans who had had the opportunities to become presidents, it comprised President Mills of blessed memory, President Kufuor and President Akufo-Addo, the NDC kingpin rejected his statement and explained that he does not consider Fantes to be Akans.

“When we talk about Akans, Fantes are not Akans. I am talking about those who use ‘mesee’ (referring to Asantes, Akyems, Bonos, etc)”

Adu-Asare, strangely, excluded President Mills from his list of Akans who have led Ghana as presidents. All attempts by Osei Bonsu to enlighten him on the matter and to draw his attention to the fact that he was making ethnocentric remarks proved futile.

Kojo Adu-Asare, who wept before the Justice Dzamefe Commission for Ghana’s poor participation in the Brazil World Cup which saw the country wasting so much resources for no justifiable reasons, is known for such acerbic, intemperate and ethnocentric commentaries on radio and television.

His latest insults and denigration of Akans have resulted in many Ghanaians condemning him and calling on the leadership of the NDC to censure and sanction him.