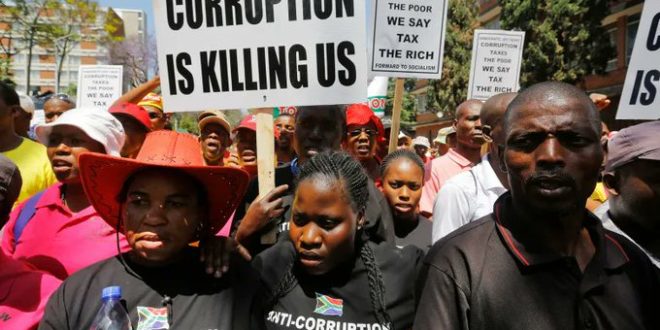 Culture refers to a learned way of life that has served a group of people such that it has been considered valid to be passed on to generations.

It emanates from tried-and-tested solutions to past problems, which have been adopted as the best ways to see, think, and feel in similar situations. It consists of approved values, beliefs, and norms that inform specific socially acceptable behaviours. Moreso, culture bestows identity on individuals.

Ghanaians have a culture based on indigenous knowledge from the wisdom of ancestors who have over time proven and tested its efficacy for ethical living and have transferred it from generation to generation.

Ghanaian indigenous moral values promote human well-being and social harmony. They are expositions of Ghanaian maxims that caution against engaging in corrupt acts. They are generally known often mentioned in conversations but seldom acted upon.

This article discusses the ignored moral values of the Ghanaian culture practised in the past and some of the corrupt ones observed in modern Ghana while drawing attention to behaviours that require alteration to minimise corruption.

Generally, corruption is mainly attributed to politicians and public service officials; yet it cuts across all spheres of life and the citizenry in Ghana.

Examples abound, and include illegal mining and its destructive effects on the environment including pollution of water bodies, illegal felling of trees, allowing illegal operation of Fulani herdsmen in the country, Ghanaian criminals joining forces with those from other countries to engage in criminal acts, promiscuity becoming a way of life, blackmailing for all manner of selfish gains, building haphazardly in waterways or grabbing portions of land demarcated for roads; choking drainage facilities with waste thereby leading to flooding during the rainy season; landlords failing to provide toilet facilities for tenants yet demand several months/years of advance payment for rents; as well as building, cooking and selling very close to high tension poles regardless of the danger they pose.

Slums are created in cities with authorities looking on till there is overcrowding and then start crying foul. When authorities decide to respond by demolishing the structures, the citizenry cries out for mercy with the assertion that such actions ought to have a “human face” to it. Hawkers sell in the middle of the road of speeding vehicles with passengers in these vehicles patronising their wares. Newly built roads develop potholes within a short time due to shoddy work.

This list of corrupt acts is not exhaustive. Most importantly, the lack of enforcement of existing laws has created room for people to break them with impunity and go free. What provisions were made in the Ghanaian culture to address moral issues in the past? How can those provisions be revisited to curb corruption in Ghana?

In the past, people were educated on eschewing corruption using maxims and it worked very well. Kwame Gyekye gave an exposition on some moral values and their essence with emphasis on “harmonious and cooperative living – consideration for the interests of others and hence, a sense of duty to others.”

Selfishness, stealing, cheating, and greed are vices that trample on others’ rights; as such, people who practised them were either punished, banished from the community, avoided, or encouraged to change.