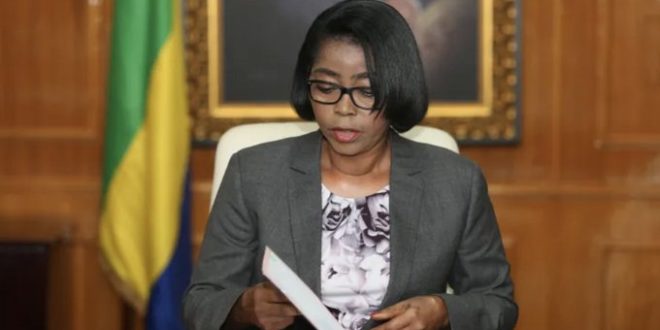 Gabon’s President Ali Bongo has appointed the country’s first female Prime Minister Rose Christiane Ossouka Raponda to the role of vice president and named a new PM to replace her, his secretary-general said.

The announcements were made on Monday.

Former Defence Minister Ossouka Raponda, 59, who had been appointed premier in July 2020 after her predecessor stepped down, will now “assist” the head of state though the position does not allow for an interim role as president.

She is the country’s first-ever female vice president.

Bilie-By-Nze, 55, is a close ally of the president and has held several ministerial jobs since 2006. Later on Monday, he announced a government composed of 45 ministers with no reshuffles in the key positions.

As prime minister, Ossouka Raponda had to navigate a delicate political scene after a coup attempt in 2019 while Bongo was on prolonged medical leave following a stroke.

See also  Ghana Card Can Now Be Used As E-passport In 44,000 Airports Across The World

The new vice president has had a steady political rise in Gabon which has been ruled by the same family for more than five decades.

She was named budget minister in 2012 before being elected mayor of the capital, Libreville, in 2014, becoming the first woman to hold that position since 1956. She is an economist by training who graduated from the Gabonese Institute of Economy and Finance, specialising in public finance.