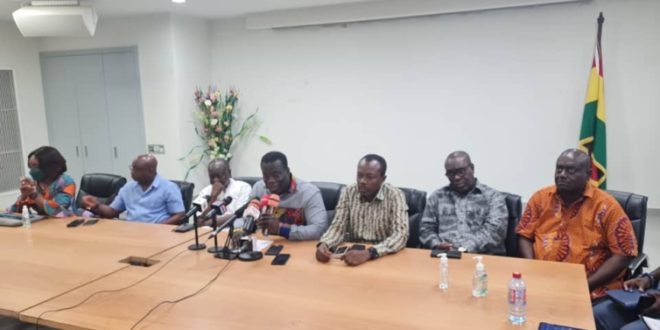 Government after several negotiations with Organised Labour has increased base pay for the 2023 financial year by 30%.

The increment takes effect from January 1, 2023.

This follows a meeting with Organised Labour on Thursday, January 12 after ten unsuccessful negotiations between both parties.

By this decision, the government said the 15% Cost of Living Allowance (COLA) for public sector workers has ceased.

Announcing the the decision, Minister of Employment and Labour Relations Ignatius Baffour-Awuah  said “Since August last year, we started meeting to determine the base pay for 2023.

“This was after in July, we had worked together to grant a COLA of 15 per cent, being a relief for hardships that the Ghanaian worker was enduring. It was our hope to have completed this negotiation by December 2022.

“Unfortunately, we were not able to finish but thankfully, today, we have worked together to come to a conclusion.

“I am happy to announce the outcome of our engagements. The base pay has been increased by 30% for the 2023 financial year. 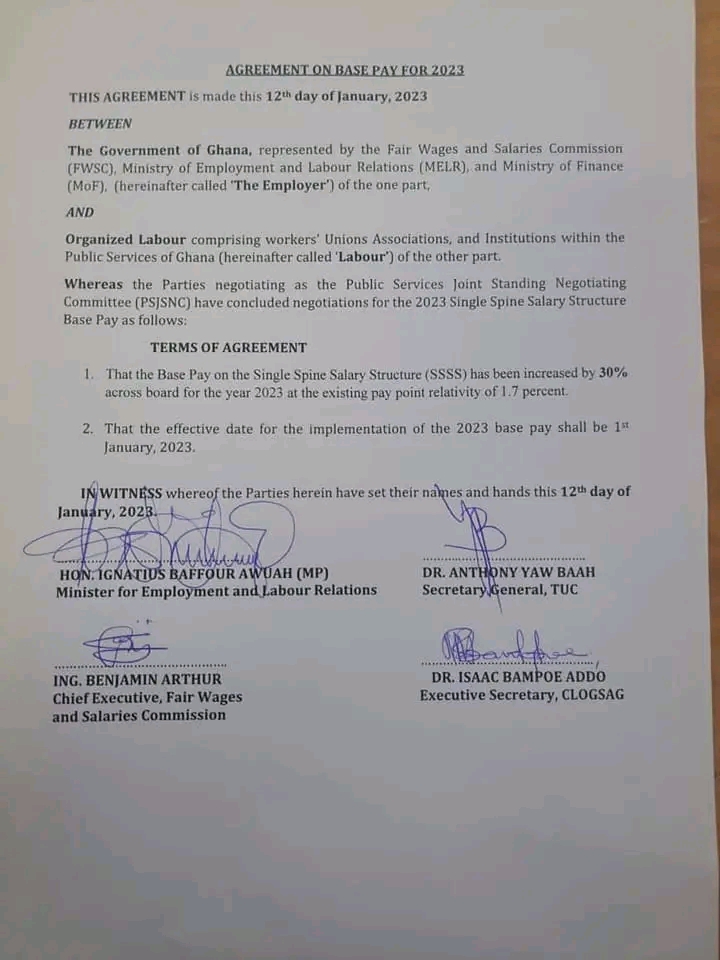