Breaking News
Home / POLITICS / If You Don’t Stop Selling Your Votes, Politicians Will Always Take You For Granted – Ghanaians told 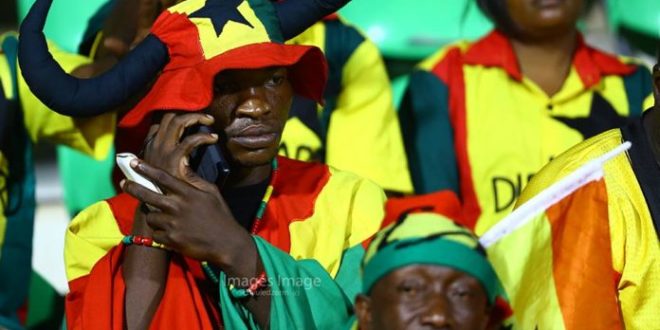 If You Don’t Stop Selling Your Votes, Politicians Will Always Take You For Granted – Ghanaians told

Ghana’s representative at the United Nations ‘Best Diplomats’ and Liberal Party of Ghana’s 2020 parliamentary candidate for Agona East constituency, Samuel Aryeequaye, has explained why in his view Ghanaian politicians do not perform to meet the expectations of voters.

The monetisation of votes in Africa, particularly Ghana, according to the youthful politician, is the main reason why politicians do not follow through on their countless pledges.

“Why should a politician think about you, and fulfill their promises after selling your votes?” He questioned.

He mentioned this in a media panel where he was a discussant on the topic: “The importance of citizens to politicians in Ghana.”

The Liberal Party of Ghana’s central regional chairman stated emphatically that, the country will remain underdeveloped unless Ghanaians begin to vote based on better ideas and stop accepting money from politicians in exchange for power.

“I believe if the voters change their ways of voting and their reasons, we will have the best leaders to lead us, let’s vote by policies and not because we belong to a particular political party”, he said.

He explained Ghanaians’ attitude of selling their votes to politicians prevents them from focusing on development projects.

According to him, politicians do everything they can to gather money to share because they recognise that this is the only way to gain power in this part of the world. The awful thing about this bad attitude is that after each election, politicians get indebted, therefore they use practically all of the government’s money set aside for development projects to pay off their obligations, he added.

See also  Gabby To Mahama: You Kept Seth Terkper In Office, Though Ghanaians Were Perplexed Why IMF In 2014/15

Most politicians have shifted away from becoming growth agents due to voter dissatisfaction, he argues.

Using himself as an example, he said he had a very terrible experience in his constituency – Agona East, before, during, and after the 2020 general elections, where he said he completed a lot of initiatives in the constituency, trained a lot of young people, and provided some jobs, yet he could not gain even 200 votes in the election.

The constituents, he said, voted for a politician who did not carry out any developmental or youth empowerment projects but instead provided them with money, food, appliances, and other items.

See also  Mahama To IMF Boss: ‘It Is A Relief To Support The People Of Ghana In These Perilous Times’

I'm Adwenpa-Hene |Blogger & Broadcaster Journalist. I am the CEO and manager of this noble website. I publish on Entertainment, Sports, Politics, Lifestyle, and Technology. You can also follow Us on : YouTube Channel - My Ghana Media TV, Facebook - MyghanaMedia TV , Twitter - @MyGhanamedia2 & Instagram - My Ghana Media TV. Email Address: [email protected] Contact Us: 0200818719
@@MyGhanamedia2
Previous Controversy Over National Cathedral Needless – NPP Chairman
Next Herbs : The Good And The Bad