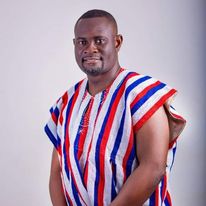 The Deputy Minister for Finance and Member of Parliament (MP) for Ejisu, Hon. Dr. John Ampontuah Kumah, has shoot down claims by former President John Dramani Mahama that the country’s major macroeconomic indicates are headed South, stressing that Ghana is not faced with any liquidity challenge that will compromise debt service for 2022 and beyond.

But the Deputy Minister indicated that the ex-president’s opinion, as expressed in his article, was not based on facts and data; but rather, “primarily based on his figment of imagination; and politically motivated.”

According to Dr. John Kumah, Mr. Mahama’s utterances were aimed at desperately fabricating propaganda to gain the trust of Ghanaians.

“Clearly, as a former President, one expects a lot of decorum, precision in analysis and also making submissions based on verifiable evidence. The Ghanaian economy is not in crisis!,” the minister said, adding that “JM alluded to the fact that the major macroeconomic indicators are headed south. This is FALSE. Here I provide some evidence to prove that the ex-president lied about the economy.”

He emphasised that the NPP government enacted the Fiscal Responsibility Act (FRA), which by law, cupped deficit at 5% of GDP and required the government to maintain a positive primary balance at all times.

“Indeed, the government went ahead to sign an MOU with the Bank of Ghana, which prohibited funding from the Central Bank. Until COVID-19 hit our shores, government had maintained deficit under 5%, positive primary balance (which measures our ability to service debt) and maintained zero financing from the Central Bank. Even in the face of COVID-19, government has drawn a credible plan to return to the fiscal deficit threshold by 2024. Already, we forecast to post a positive primary balance in 2022. Apart from the GH¢10.0billion Asset Purchase Programme in 2020, government has maintained zero financing with the Bank of Ghana.

He explained further that “the GDP growth of 6.6% recorded in the 3rd quarter of 2021, and the projection of end-year GDP growth of 5.3%, gives us confidence that we may consolidate much quicker than anticipated.”

Touching on the debt trajectory before COVID-19, he said there were nominal increases in public debt stock post COVID and these arose from a crystallisation of contingent liabilities (financial sector clean up, IPPs, support to selected SOEs) which the NDC created.

He added that, “We do not face any liquidity challenge that will compromise debt service for 2022 and beyond. In addition, we have reduced debt maturing under one year through our active liability management programme.”

“Indeed, in February 2020, the Cedi was the best performing currency in the world. This indicates that the NPP government has managed the currency better than we saw in the past. The Cedi remained stable in 2021 underpinned by the Central Bank’s proactive support and close monitoring of the domestic and external markets,” he disclosed.

He noted further that the Cedi depreciation against the US dollar in 2021 was 4.09%, adding “It is among the lowest depreciation seen in recent times.”

“By September 2014, the currency saw it worse when it depreciated by a whopping 31.19% to the dollar, 29.32% to the GBP, and 23.63% to the Euro. This development certainly reflected the competence or otherwise of the managers of the economy at that time,” he noted.

He noted there is no evidence to point to a loss of confidence in the Ghanaian economy by domestic and international investors.

“We acknowledge that there have been some blips occasioned by the delay in passing the E-Levy Bill and general negative sentiment propagated by our friends in the NDC.”

However, the markets have rallied back, and the spreads in our bonds have started narrowing, on the back of the Finance Minister’s recently announced 20% cut in expenditure and the recently held investor engagements.

Dr. Kumah noted, “We are scandalised that JM does not know about the much-touted GH¢10.0 billion COVID-19 Alleviation and Revitalisation of Enterprise Supports (GhanaCARES) programme also known as ‘Obaatan Pa’.

He added that “the Obaatanpa Programme is a clear strategy to stabilise, revitalise, and return the economy to its pre-COVID growth and fiscal deficit path by 2024. It is funded through a GH¢3.0 billion public sector contribution and GH¢7.0 billion Private Sector Contribution.”

On election spending, he noted that “We note that JM’s assertion on election spending is not backed by the evidence. If the former president wants to appreciate mismanagement during election years, there is classical evidence before him.”

“Unlike 2012 when Mr. Mahama spryly spent billions of cedis in three months to win elections and subsequently led Ghana to turn to IMF, the Akufo-Addo government never did that.”

He said the ministry observed in 2012, goods and services increased by 37% from a budgeted amount of GH¢967.0 million to an actual expenditure of GH¢1,322.0 million.

I'm Adwenpa-Hene |Blogger & Broadcaster Journalist. I am the CEO and manager of this noble website. I publish on Entertainment, Sports, Politics, Lifestyle, and Technology. You can also follow Us on : YouTube Channel - My Ghana Media TV, Facebook - MyghanaMedia TV , Twitter - @MyGhanamedia2 & Instagram - My Ghana Media TV. Email Address: [email protected] Contact Us: 0200818719
@@MyGhanamedia2
Previous Stephen Ntim: ‘We Shall Regain Clear Parliamentary Majority’
Next Fixing And Planting Of Delegates In Internal Elections May Cause Us More Harm – NPP Secretary Warns