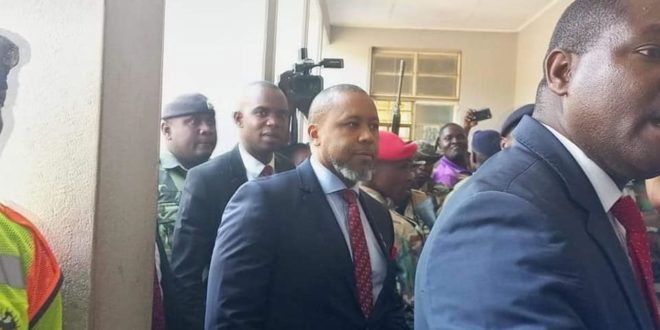 Malawi‘s Vice-President Saulos Chilima has been arrested on allegations that he accepted money in exchange for awarding government contracts, the country’s anti-corruption agency says.

He is accused of receiving US $280,000 from a British businessman “and other items”, a statement says.

Dr Chilima pleaded not guilty to the corruption charges in court on Friday. 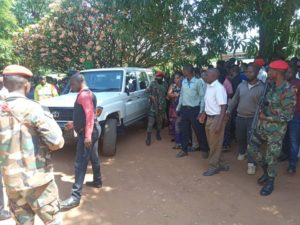 He had already been stripped of his powers in June when he was first accused by the Anti-Corruption Bureau.

It had identified him and another 83 Malawian officials as allegedly having corrupt dealings with the British businessman, named as Zuneth Sattar.

Dr Chilima, who is now out on bail, is facing six charges, the first time a sitting vice-president has been in this position in Malawi.

He was questioned by anti-corruption officials on Friday morning in offices that had been cordoned off by security officers. Previous attempts to question him had been disrupted by his supporters. 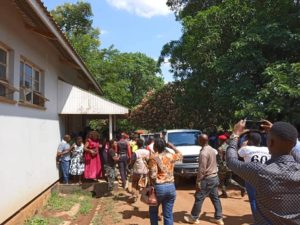 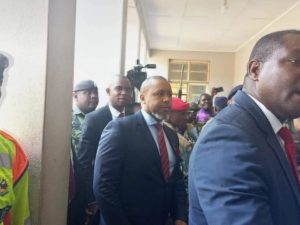 His backers appeared to clash with police as he entered the court in the capital, Lilongwe, on Friday afternoon, the Reuters news agency reports video from local media as showing.

While some Malawians see the arrest as a serious move in the fight against corruption, Dr Chilima’s backers say that it is part of a political witch hunt.

Sattar, who was born in Malawi, was arrested in the UK in October last year and is out on bail. 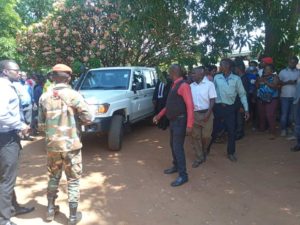 He is accused of using connections with senior Malawi government officials and politicians to fraudulently obtain contracts to supply goods and services.

The contracts related to armoured personnel carriers, food rations and water cannons, the Financial Times reported in May.

Sattar has denied all wrong doing.

Dr Chilima came to power in 2020 as the running mate of President Lazarus Chakwera. They are from different political parties but entered a coalition to defeat the incumbent Peter Mutharika.

The vice-president had previously campaigned on an anti-corruption platform, promising to end decades of sleaze in government and ending poverty in one of the world’s poorest countries.

I'm Adwenpa-Hene |Blogger & Broadcaster Journalist. I am the CEO and manager of this noble website. I publish on Entertainment, Sports, Politics, Lifestyle, and Technology. You can also follow Us on : YouTube Channel - My Ghana Media TV, Facebook - MyghanaMedia TV , Twitter - @MyGhanamedia2 & Instagram - My Ghana Media TV. Email Address: [email protected] Contact Us: 0200818719
@@MyGhanamedia2
Previous World Cup 2022: Neymar To Miss Brazil’s Next Two Group Games Due To Ankle Injury
Next Government To Use Gold To Buy Oil