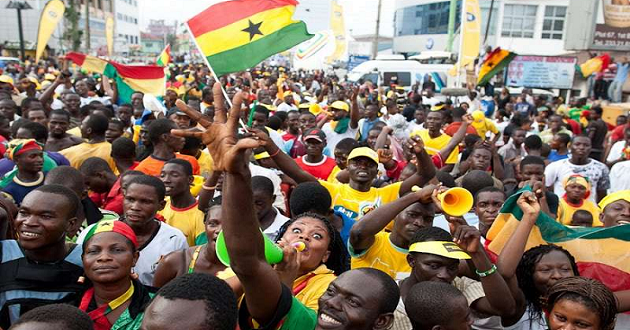 A survey conducted by the African Youth Survey 2022 has established that 56 per cent of the young people in Ghana believe Ghana is moving in the right direction.

This comes on the backdrop of a sizable number of African youth losing confidence in their own countries and the continent as a whole to meet their aspirations, and considering traveling abroad.

The report, which was published by the Guardian, a British daily newspaper, involved 15 countries, including Ghana.

The survey revealed that the Covid-19 pandemic, climate crisis, political instability and violence had all contributed to making young people “jittery” about their future.

According to the survey, there have been a drop of 11% since the last survey of its kind published in early 2020 because only 32% of the 4,500 young people interviewed, aged 18-24, were optimistic about Africa’s prospects.

A very high percentage of the people in the response group are thinking about migration, according to the Guardian newspaper.

Meanwhile, notwithstanding these high numbers, 56 per cent of Ghanaian youth interviewed in the survey said they would want to stay in the country as, in their estimation, there is hope for the country as the current leadership is making all efforts to make things work.

About 60% of Africa’s population is younger than 25, and more than a third is aged between 15–34 years old. By 2100, Africa will have the world’s youngest population with a median age of 35.

Ivor Ichikowitz, whose South African family foundation commissioned the report, pointed out that many of them had their schooling suspended and they or their families had lost incomes because of the pandemic.

“In many countries in Africa, it’s an election year or a year just before elections, and it’s kind of logical that people will see instability as a concern. But marry that with lack of access to water, marry that with a major concern around terrorism, and you’ve now got a demographic, a group of people that are very jittery about the future of the continent. And the real bombshell out of the survey is that a very high percentage of the people in the response group are thinking about migration,” said Ichikowitz

In almost all countries, at least two-thirds of young people surveyed believed their nations were going in the wrong direction. That is aside, Rwanda and Ghana, where 60% and 56% were optimistic about their country’s direction.

The survey gathered that views on the direction of the continent as a whole were more divided, though only in Ghana and Rwanda did a majority believe Africa was moving in the right direction.

Ichikowitz said Ghana has a government that is providing better support and easier access to financing that supports young businesses. He hopes the survey’s data will be used by governments to support the aspirations of their young people.

Despite the fears for the future, the researchers found a positivity among the interviewees about their own futures, with about 75% of them believing that their personal situation would improve.