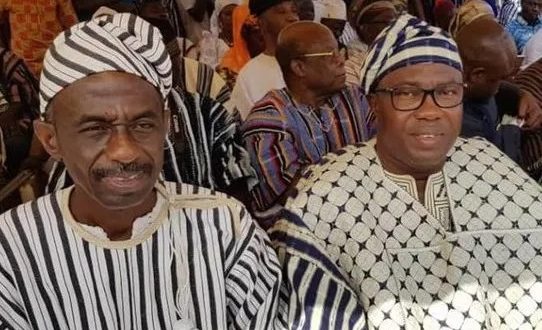 The ruling New Patriotic Party (NPP) stands the risk of losing votes in their Ashanti Region stronghold during the 2024 presidential elections, as the opposition National Democratic Congress (NDC) stages what political pundits described as a “political coup”.

The NDC leadership have clandestinely started a mass registration exercise in all the 47 constituencies in the Ashanti Region at the blindside of the ruling NPP.

With two years away from the next general election, the NDC, determined to snatch votes from the NPP in the party’s traditional stronghold, has unfolded a complex machination to achieve the goal.

See also  Akufo Addo: ‘I Was Very Hurt When NPP Lost Akwatia Seat, We Must Win It In 2024'

According to credible reports reaching the DAILY GUIDE, the NDC’s exercise has been successful as they managed to win many persons.

Sources in the NDC have disclosed that the party leadership is impressed with the outcome of the exercise.

Interestingly, most of the patrons of the registration exercise are known NPP members, who strangely seemed fed up with their party and have decided to cross carpet.

A top NDC man, who demanded anonymity, disclosed that the NDC has now become attractive to the people of Ashanti Region, especially Kumasi, the regional capital.

“We are even surprised about the new souls that we have been able to win in the Ashanti Region, especially in the Kumasi Metropolis,” the NDC kingpin said, amid smiles.

According to him, most of the people, especially the youth, who have patronised the exercise, claimed they have lost hope with the sitting government, hence the switch-over to the NDC.

Sammy Gyamfi, addressing the media in Kumasi recently, said the party considered the Ashanti Region as an important area where they want to win more votes in 2024.