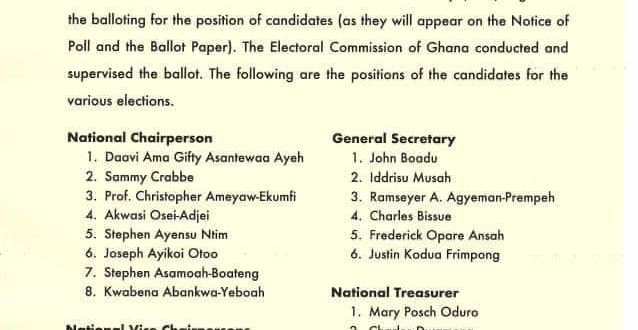 The balloting for positions on the ballot paper of aspirants gunning for the national executive positions of the ruling New Patriotic Party (NPP) was done today June 27, 2022 at the party’s headquarters in Accra.

The balloting was conducted behind closed doors after the aspirants had been cleared to contest for the national office positions in the party.
It was supervised by the Electoral Commission.

Per results of the balloting as they will appear on the ballot paper are as follow.

The incumbent Women’s Organiser, Kate Gyamfua will be on the number one position follow by Ellen Ama Daaku before her deputy, Hajia Sawudatu Saeed.

The first position per the balloting for the Youth Organiser is Abanga Yakubu, Salam Mohammed Mustapha, Prince Kamal Gumah and Michael Osei Boateng.

A nine-member elections committee, under the chairmanship of Peter Mac Manu was set up to manage and superintend over all the election-related processes.

The party will then hold its national annual delegates conference at the Accra Sports Stadium from Friday, July 15 to July 17, 2022, and elect national executive officers of the party.

It said pursuant to Section 17 (2) of the Political Parties Law, Act 574, the Electoral Commission shall conduct and supervise the election of national executive officers. 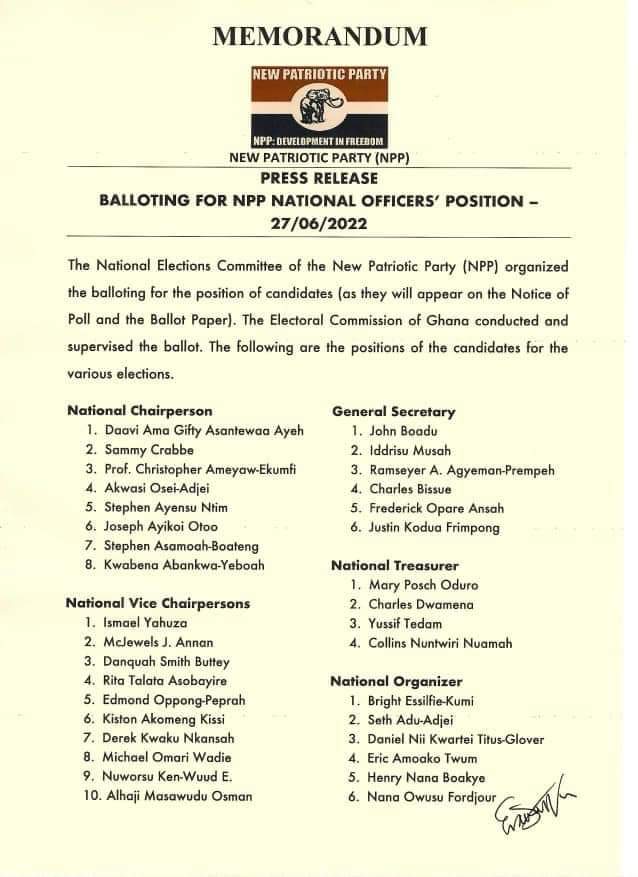 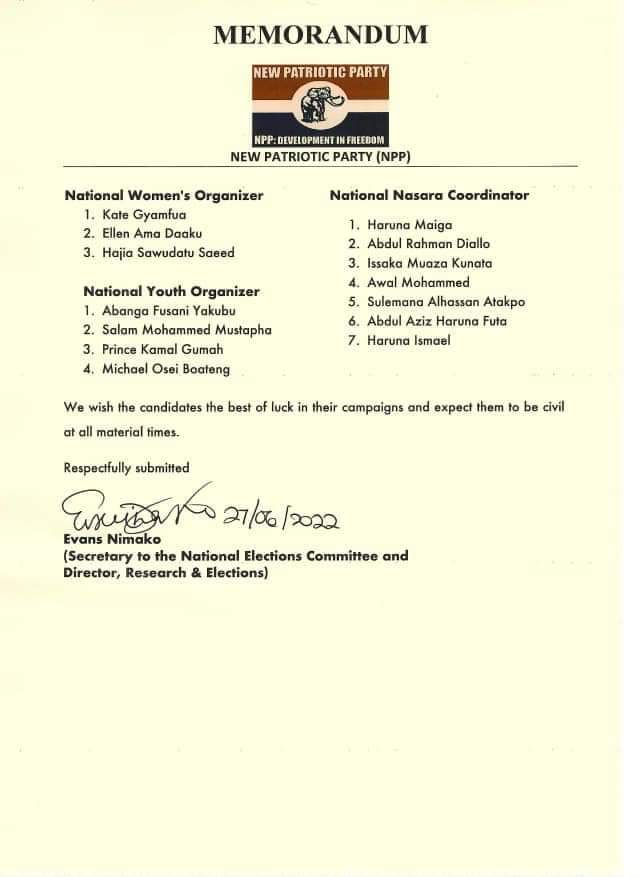